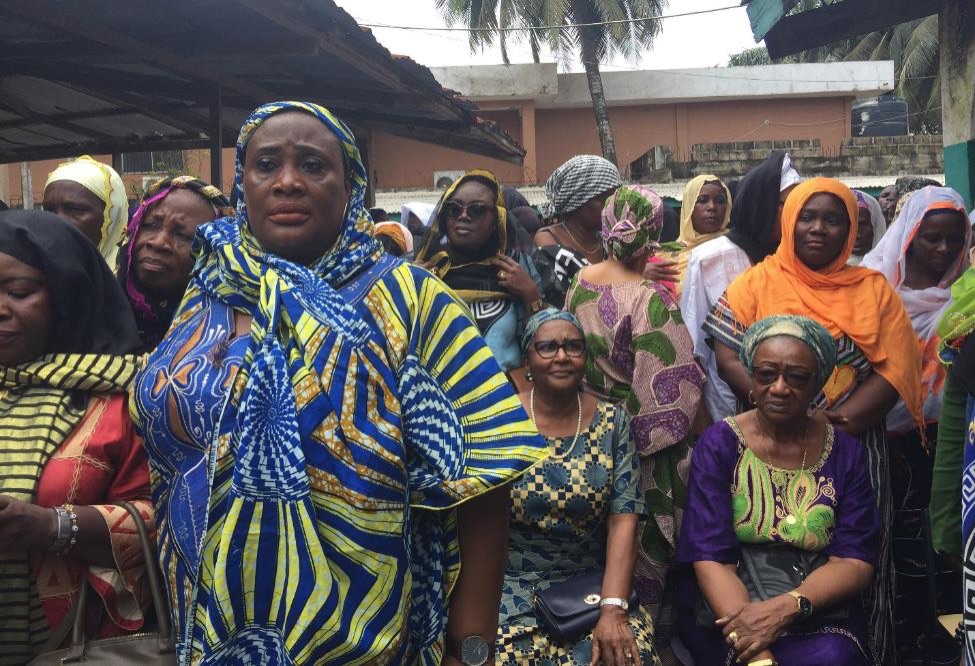 MONROVIA, Montserrado â€“ Womenâ€™s groups, in collaboration with the Ministry of Gender, Children, and Social Protection have expressed condolences to the Muslim community on the death of 26 young Islamic school children and their teacher.

The victims died in a midnight fire that gutted a Quranic boarding school on the night of September 17. They were buried the next day in a mass grave in Paynesville.

On Friday, September 20th, the group of women joined the Muslim community during their Friday prayer at Fish Market to express their sympathy and prayers for the bereaved families.

Making a brief remark after the prayer, the deputy minister of gender, Alice Johnson Howard, expressed condolences on behalf of the women of Liberia.

â€œThis is a big thing that has happened to all of us. So, we took it our duty when we heard it to follow up on from the 17th Street Mosque, to the gravesite, and weâ€™ve come today to say sorry,â€ Howard said.

â€œAs Liberian women, we gathered not only as the Ministry of Gender but as one family, because when one finger gets hurt, the other fingers are hurt.â€ 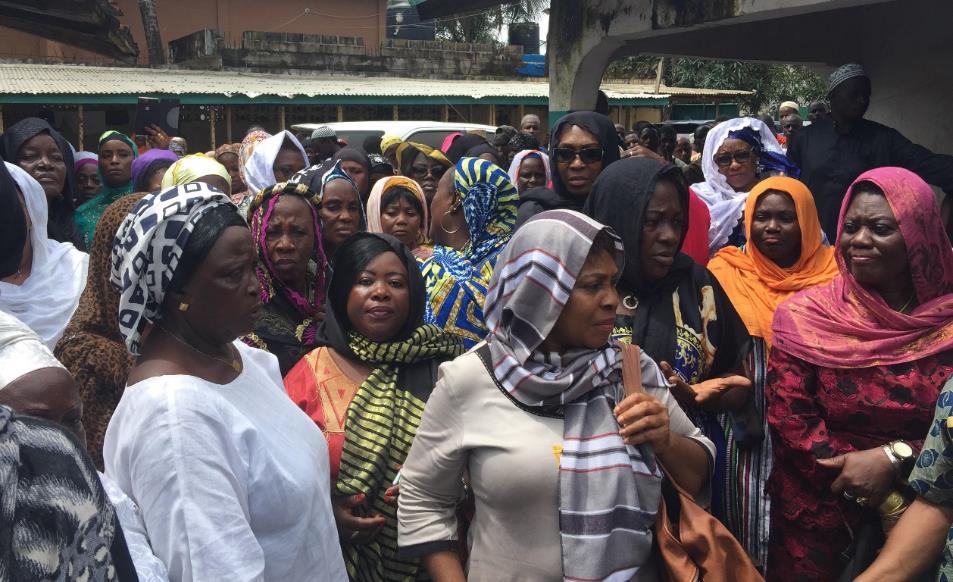 Ophelia Hoff-Saytumah, who chairs the Women of Liberia Movement, also expressed condolences to the community, adding that â€œyour loss is our loss because, we are all Liberians.â€

Hoff-Saytumah said the fire was a shock to the entire nation. She encouraged Muslim women to hold onto their faith and look up to God for comfort.

â€œI pray that God will sustain the family of the children and all Muslims and Liberians so that we can become mindful and know that we are all our brotherâ€™s keepers. Know that your problem is our problem and our problem is your problem,â€ she said.

Also, in attendance was the World Bankâ€™s senior health specialist, Dr. Munirat Ogunlayi, who extended condolences on behalf of the World Bank. She said it was not just a sad moment for Muslims in Liberia, but across the world.

â€œWhen something happens, we learn lessons from it, and what lessons and precautions have we learned from this to prevent a similar situation from happening in the future?â€ she asked. â€œWe donâ€™t want to gather like this again.â€

UNICEF Liberiaâ€™s Samuel Mawunganize also described news of the fire disaster as a moment of suffering for the organization, as it stands for children and women.

Haja Aminata Kabah, the head of the Muslim women at the National Muslim Council, praised the women of Liberia and the various institutions for their support during their time of sorrow.

Kabah said the actions demonstrated unity and religious tolerance in Liberia. Â She encouraged all Liberian to keep their faith and hope that the kids are resting in heaven.

â€œGod says when you die in fire and water, you are going straightly to heaven,â€ she said.

The imam of the Fish Market Mosque, Ousman Jalloh, affirmed said the death of the children and their teacher brought out the unity among Liberians.

â€œThis incident has indicated that when even something occurs in the country, be it happiness or sorrow, we will all come together as one people to celebrate or mourn,â€ Jalloh said.