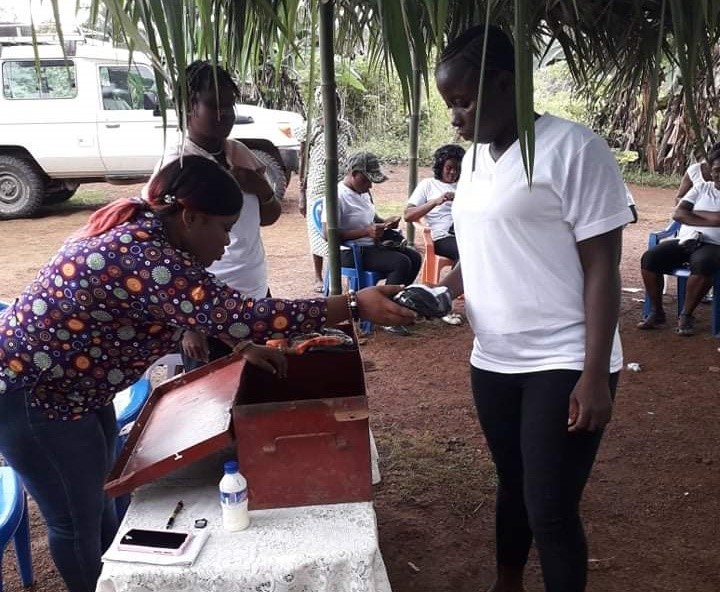 MONROVIA, Montserrado – The Coronavirus pandemic continues to ravish the homes and livelihoods of Liberians, who already are victims of poverty and economic hardship. Because of the pandemic, several businesses have scaled-down operations, affecting the incomes of their employees.

To mitigate this impact, the Lutheran Church in Liberia is using its village loan savings program to empower vulnerable communities, focusing on women and girls. The church is providing loans to beneficiaries and training them in basic management and reporting.

Gaye-Korgba disclosed that since the inception of the loan saving program in 2014 during the outbreak of Ebola, more than 5,000 women and girls have benefitted in Montserrado, Bomi, and Bong.

“Key among the health education is health tips on malaria and the Coronavirus, and best preventive practices in order to protect themselves and their families and communities, among others,” she said.

According to her, the church is also working with the health teams of counties where beneficiaries reside to ensure that the women and girls are educated on the importance of maintaining their health and properly managing their businesses.

She said beneficiaries in each community are grouped into cells, and the cells are provided US$400 each to provide business for their members. The money is provided by the Lutheran Church and its partners.

She said from the amount, the cells also loan members with money to pay their children’s school fees and cater to their families’ health needs, including maternal healthcare. She also added that a minimum interest added to the loan is distributed among cell members at the end of each year.

“We give them US$400 at the beginning of the program and you will be surprised [at] the huge amount those women raise at the end of the year, which is shared among them,” she said.

Loans repaid by cell organizations are also used to establish new cells of beneficiaries in other vulnerable communities as a means of increasing the impact of the loans. The program manager said at least nine cells have been established in the three counties, with more than 5,000 beneficiaries.

She said one of the impacts of the program can be measured by the increased number of women now having access to healthcare facilities and services in the affected vulnerable communities.

Gaye-Korgba pointed out that the program has not only empowered the women, but has helped them to take care of themselves, their families, and communities, thus improving their livelihood.

A beneficiary, Kowo Kollie, thanked the Lutheran Church for the support. She said since the introduction of the program in her community, women there have been empowered to settle school fees of their children, delivery fees for pregnant women, and some have established businesses.

“Before the Lutheran church in Liberia could bring the program to our community, things were very tough; sometimes neither food nor money to pay school fees for the children but thank God for LCL for this program,” she explained.

She believes that the program, if expanded across the country, could better prepare women to get on par with their male counterparts in dealing with emergencies and financial difficulties.

“If you hear about the money, you will say it’s small, but it really helping us the women in this community to solve our small problems and also discuss other things among ourselves as women at our club meetings,” she added.

Sharing
Tags Coronavirus, Lutheran Church in Liberia
Contributions to The Bush Chicken are not tax deductible.