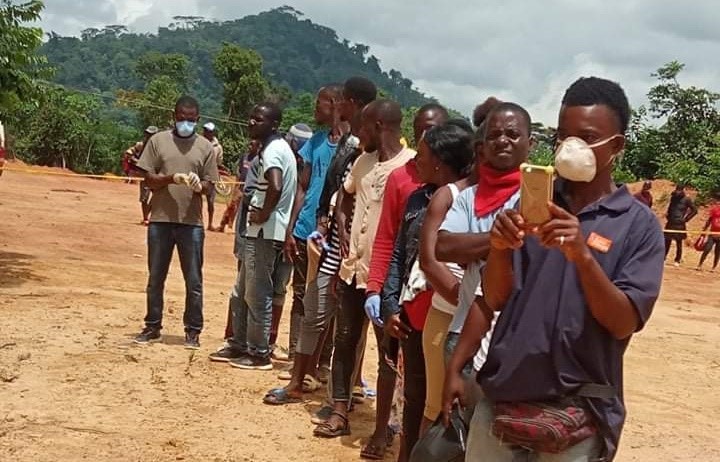 SANNIQUELLIE, Nimba – A commercial motorcyclist has been murdered and his corpse discovered in a bush along the Sanniquellie-Ganta Highway.

The body of Princeton Gaye, believed to be in his early 20s, was discovered on Wednesday, June 17.  His hands and feet were bound to a tree by the rubber ropes typically used by motorcyclists to tie luggage to the back of their bikes.

Gaye’s body also had bruises suggesting he might have tried to fight off his attackers leading to his murder.

A 15-member coroner’s jury set up by the county concluded that the commercial motorcyclist had been murdered. Police are still investigating the case to determine suspects.

Motorcyclists who visited the scene to help police identify the body suspected that their colleague may have been killed for a new Bajaj motorcycle he recently acquired. They noted that he frequented the Ganta-Sanniquellie route.

The police report and details of the coroner’s jury report have not yet been released to the media.

Gaye’s death means two motorcyclists have been killed near Sanniquellie within a month. On May 13, a motorcyclist identified as Jericho Suahgonlah was stabbed to death on Sanniquellie Main Street by two brothers for refusing to pay a balance of L$5 (US$0.03) he owed them.

The county inspector of the Liberia Motorcyclist Transport Union Nimba branch, Cyrus Bartuah, is calling on the Liberia National Police to ensure that the murderers of members of his group are brought to justice.

Bartuah said he believed that Gaye’s death was likely a result of a robbery, as opposed to a ritualistic killing. He said motorcyclists riding at night can make more money, but they also risk being attacked.

“We are calling on the police to launch an investigation that will identify the killers of Princeton [Gaye] and bring them to justice,” he noted.

Bartuah promised that the LMTU Nimba branch would partner with the family of the deceased to give him a befitting burial.

“We will help the police to trace the perpetrators and ensure they are [brought to] justice. We want to get all the bike documents from the family to use it in helping them get both the bike and the criminals,” he added.