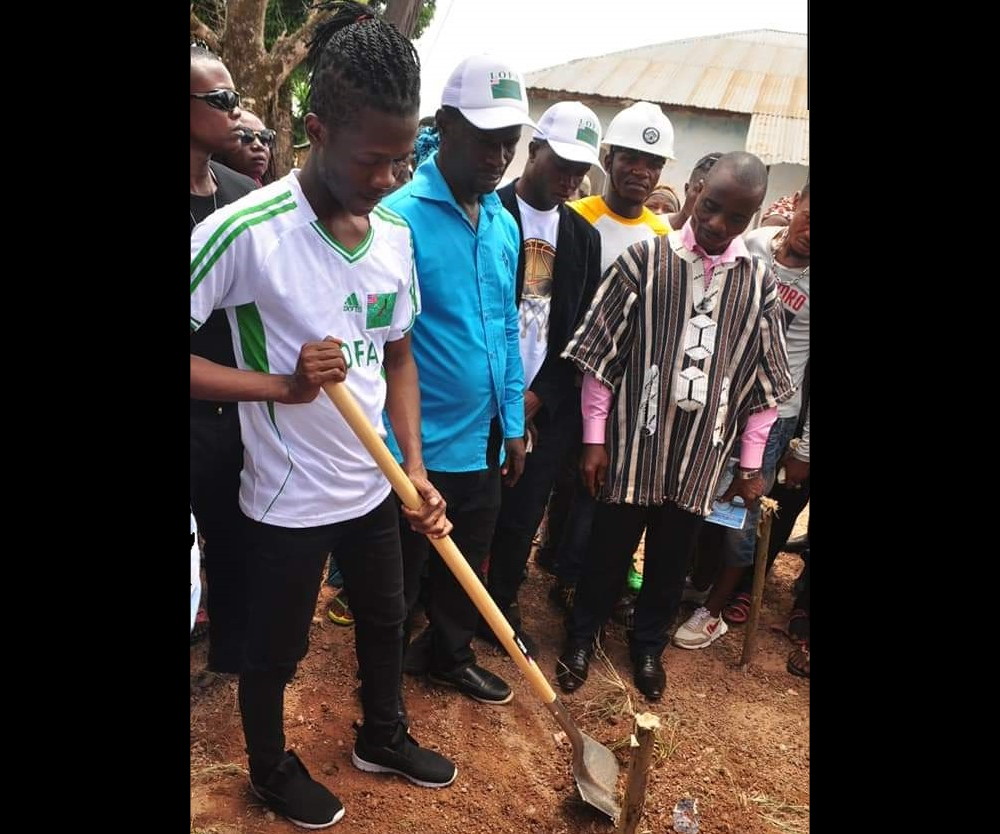 VOINJAMA, Lofa – A groundbreaking ceremony has taken place in Central Voinjama for the construction of a new facility for the Wologisi Intellectual Forum, led by popular musician Kobazzie. The construction is being funded by Pres. George Weah through the office of Monrovia’s Mayor Jefferson Koijee.

Intellectual centers are prevalent across Liberian cities as hubs for mostly young men to discuss politics and other national issues. The Wologisi Intellectual Forum was set up about five years ago ostensibly to bring together young people to exchange views and ideas, and dialogue with their leaders on national issues that relate to the growth and development of the country.

Although the president and Koijee did not attend the groundbreaking, they sent several representatives to the June 16 ceremony.

Speaking at the ceremony, Calvin Raymond Summon, representing Koijee, said the construction is an initiative of the president that is being implemented through the Monrovia city mayor’s office to help build a close relationship between young people and their leaders.

“This modern Wologisi Intellectual Forum headquarter construction project is sponsored by President Weah and the entire cost of the project is US$10,000, and we are presenting this amount today to quickly kick start the project,” Summon said.

“The offices of the president and the lord mayor remain committed to the development of the county, and as such, we all should work closely with them to fulfill their aims and goals toward the county.”

The chair for the Wologisi Intellectual Forum, Arthur Kowah, expressed gratitude for the construction: “We are happy for this opportunity and hopeful that such relationship goes a long way – most especially in line with the president’s plans for the young people across the country.”

Breaking the ground for the project was Kobazzie, born Korte Dorbor Bazzie, who was frequently described as “a celebrity of President Weah.” The Lofa-born crooner of the wildly successful “Bounce (ft. Davido)” noted that the president has always been concerned about developing the minds of young people and the construction of the intellectual center was a reflection of it.

According to Lofa’s county superintendent, William Kamba, the city hall project in Foya will cost a little over US$500,000 and is being financed by Weah himself, along with Rep. Thomas Fallah of Montserrado’s fifth district. 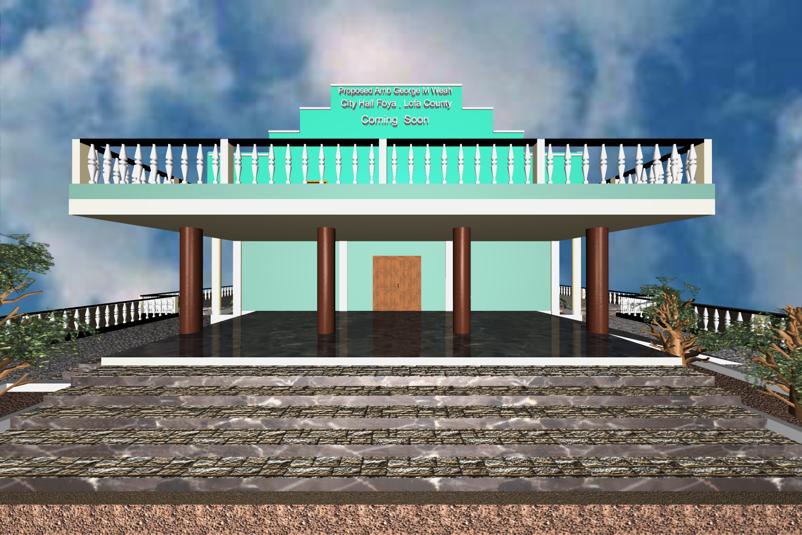 The multi-purpose city hall being constructed by Pres. Weah in Foya. Photo courtesy of the Office of Mayor Jefferson Koijee

In a related development, Mayor Koijee’s office donated materials to the Voinjama City Corporation, including rakes, shovels, reflective vests, wheelbarrows, and rain boots. The tools are intended to help the Voinjama’s Mayor Korto Harris in keeping the Lofa capital clean.

“We are very grateful for this gesture and pray that the Almighty continues to bless our own uncle from Lofa, Mayor Koijee,” Harris said in response to the donations.