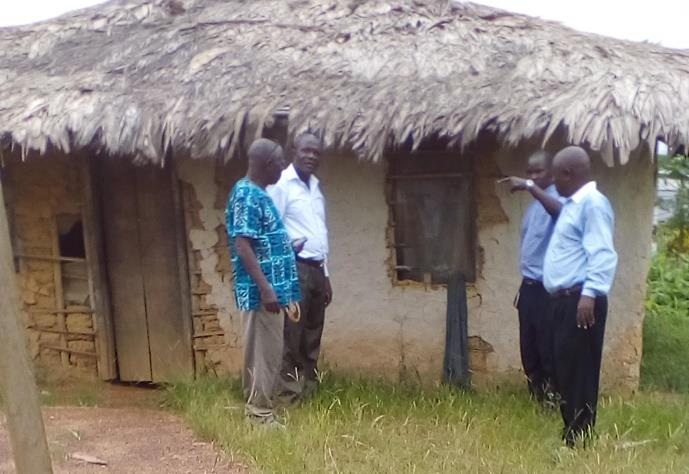 BARCLAYVILLE, Grand Kru – In the wake of ritualistic killings in Grand Kru, demonstrators are threatening a variety of protests, including withholding their votes during the upcoming elections.

The kidnapping and subsequent murder of a woman named Tarwan Bellor on December 30, 2016, in Barclayville were the genesis of outrage among demonstrators. However, a citizens-led investigative group named Kpilio said seven other unsolved murders have concerned residents of Grand Kru.

Kpilio has been investigating the cases due to an apparent lack of interest from officials. The four-man investigative team dispatched to Grand Kru before releasing information on their findings.

Jack Wreh, D. Alexander Jeh, D. Nyandeh Sieh, and Thompson Z. Wisseh, prior to their departure for Grand Kru, communicated their concern about the ritualistic murders to Frederick Cherue, the justice minister, and Gregory Coleman, the head of the Liberia National Police.

According to the investigative team, Bellor was kidnapped from a house located in the Wakpeken community in Barclayville. Several of her body parts, including her eyes, arms, and breasts, were missing when her body was discovered near a traditional shrine in another community on January 3, 2017.

The group said Bellor’s murder sparked public concern among women and youths in the county, leading to a peaceful demonstration calling on the county administration to arrest and prosecute the perpetrators. The demonstration ended following the intervention of Peter Coleman, a senator of Grand Kru, who told the demonstrators that he would make sure that the government dispatched intelligence officers to the county to help identify and arrest those linked to the death.

Following three weeks of intense investigation, the men found that between 2013 and 2017, seven mysterious deaths occurred in the county.

Wisseh, head of the four-man investigative team, said in 2016, a man named Alaska Nagbe was murdered. In the same year, he said Werday Wilson, a merchant, and her fiancée, Prince Okankwo, were both murdered in Jloh district.

Furthermore, he said a former city mayor, Bob Kantan, mysteriously disappeared. A few others were listed as targets of unresolved ritualistic murders. “The four-man investigative team is reiterating the demonstrators’ concern that if nothing is done regarding the mysterious killings, they will not participate in the October 2017 elections,” Wisseh said.

Wisseh mentioned that of the seven deaths, Bellor’s killing was the only one that sparked public concern.

In addition to the threats by citizens to withhold their votes, Wisseh said his team will advocate for several forms of peaceful civil disobedience, including the closure of all public schools and health facilities, peaceful demonstration in the principal street of Barclayville, and the barricading of the two main roads linking Barclayville and other parts of the county.

He condemned the “barbaric” acts. “Such a situation has the propensity of installing fear, distrust, and insecurity in the minds of peaceful citizens and residents in the county,” he said.

He maintained that such uncivilized acts are not only threatening and scary but can also drive away potential investors from the county.

The four men, following their press release, were invited by the Liberia National Police to provide additional information about their statement that an unidentified woman of Buah was killed in 2017 by her husband and others, which led to them briefly being detained.

Daniel T. Kay Dweh, county attorney of Grand Kru, when contacted via phone, said he had instructed the LNP to invite the men for questioning. He said they were distributing “false and misleading information that the government is doing nothing about the unidentified woman’s death.”

Dweh denied ordering the men’s detention but admitted that they were released based on the intervention of the county administration and traditional leaders.

According to Dweh, as far as he is aware of the killings in the country, the investigations are with the LNP and not any one group of men, noting “the four do not have the authority to issue any statement on the killings, which borders on national security.”

“We needed the men to provide the government with such information because it is not in our domain,” he said.

When asked about the murders mentioned in Kpilo’s statement, Dweh admitted to some and said the cases are in court and he could not comment further. He said the “government will proceed to prosecute the man based on their statement if the need arises.”

Ritualistic murders are nothing new to Liberia. The killings usually peak around elections season as body parts are used in rituals aimed at giving political aspirants an edge.