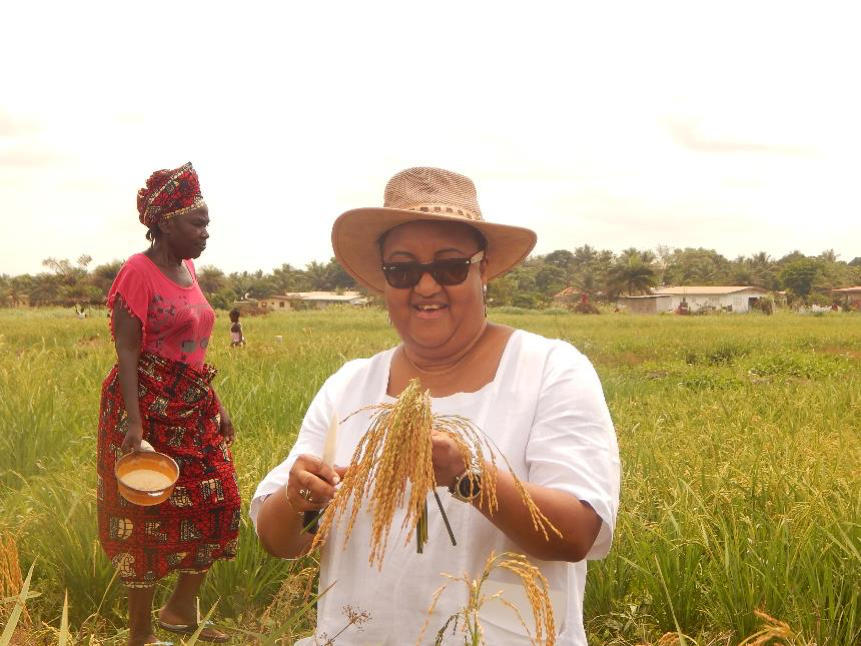 Cooperâ€™s company, founded in 2009, is now the leading processor and exporter of locally grown rice in Liberia. Fabrar rice can be found in supermarkets and restaurants in Liberia and abroad.

Her nomination on Thursday, according to the Executive Mansion, followed months of a rigorous vetting process. If confirmed by the Senate, she will replace Mogana Flomo, who was relieved of the position last year.

â€œFrom a micro-milling operation and purchasing rice from smallholder farmers, Fabrar, under her watch, has become one of Liberiaâ€™s largest rice producers, supplying food products to schools and other institutions, including supermarkets and retailers,â€ the Executive Mansion press statement said.

Cooper is multilingual and has worked for the United Nations system for 13 years, in addition to representing Liberia to international organizations, the Executive Mansion said.

â€œMs. Cooperâ€™s career spanned an additional 10 years of humanitarian work with international NGOs and charitable institutions in Africa. She worked with the first team of MÃ¨decins Sans FrontiÃ¨res (Belgium), which worked in Liberia during the civil war in 1990â€“1996,â€ the Executive Mansion also disclosed.

She holds a Master of Science degree in Managing Rural Change from Imperial College at the University of London in 2003, after completing undergraduate studies in Business Administration, at the Michigan State University in the United States.

â€œMs. Cooper earned a distinction for her dissertation on â€˜Capitalizing on Liberiaâ€™s Rubber Sector to Anchor Post-Conflict Reconstruction,â€™â€ the release also noted.

In the past, when President Weah has focused on reducing the price of imported rice, Cooper has been a top critic of that emphasis, encouraging the government, instead, to empower local producers and prioritize locally produced rice. Cooper sees aligning with local producers, as opposed to importers, as a more sustainable solution to tackling the high cost of rice, which is the countryâ€™s staple food.

In a 2018 interview with The Bush Chicken she called for the government to prioritize local producers in every way, including within tax policies and when government agencies procured rice.

Cooper noted that the Armed Forces of Liberia and government medical and prison facilities were all still using imported rice instead of going for local content.

If the Senate approves Cooperâ€™s nomination, observers will be watching to see how she will work to ensure that the government prioritizes local producers within the agriculture sector.