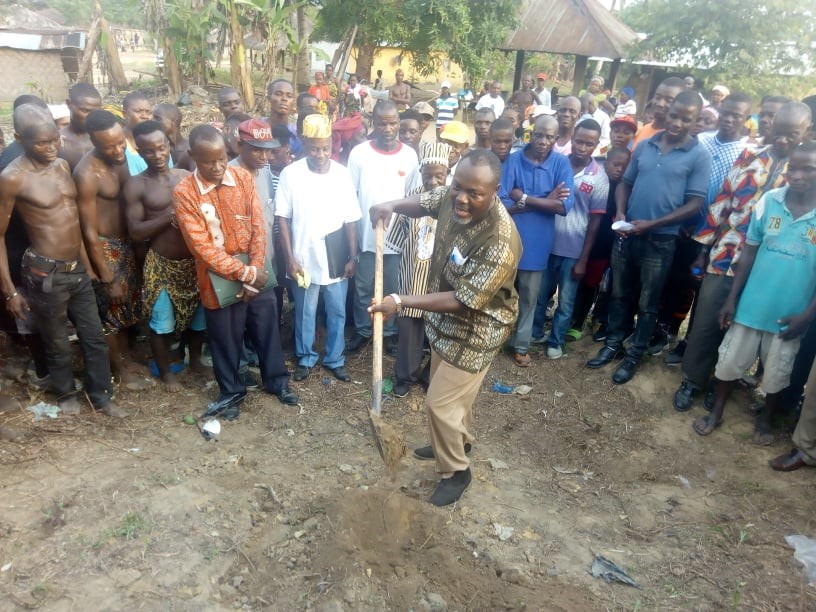 Kaipay said the road construction fulfills his 2014 campaign promise to the people of Grand Bassa.

â€œDuring our campaign for the Senate seat in 2014, one of the commitments we made to the people of Grand Bassa was to use the bottom-to-top approach to arrive at decisions that affect the well-being of our citizens,â€ he said.

â€œWe took particular note of the two situations that were posing [a] serious hindrance to the movement of goods and services. The only existing access road is the one passing through the Liberian Agricultural Company plantation. Due to this, whenever there was a problem between LAC plantation and workers that resulted to the mounting of [a] blockade, the citizens were completely paralyzed in terms of movement. The second issue had to do with the lack of a connecting route between Zondo and the Fetuah corridor.â€

In a 2016 visit to the area, residents of Zondo and nearby towns voiced the need for an alternative route to enable them to move more smoothly.

Although there is a paved highway leading from Monrovia to Buchanan, much of Grand Bassa lacks important infrastructure such as farm-to-market roads, and therefore residents of the Zondo and Doegbah District were deeply appreciative of the groundbreaking of the road.

According to Sen. Kaipay, the construction will occur in two phases. During the first phase, several mini-bridges will be constructed along the road. Later, the actual pavement and grading will occur. Kaipay put the cost of phase one at US$35,000.

â€œEverywhere I have broken grounds, the projects are ongoing and some are already finished. I donâ€™t break for nothing ground,â€ he said at this groundbreaking ceremony.

â€œIf you want to know how people can break ground and see what happens, go to Compound Three. [A] couple of years ago, we broke ground there. We have a modern hospital there. Go to District Three where we have constructed several bridges. Go to Buchanan and ask the motorcyclists â€“ their office is an example. I give you couple of days, when you wake up, you wake up to the sound of the machines.â€

Sen. Coleman also spoke at the groundbreaking and highlighted his colleagueâ€™s contributions to the country. He also touched on the urgent economic, social, and developmental needs the road project will address in the county.

Without roads, Coleman said, there can be no tangible development, because the lack of roads is one of the major impediments to the development of any nation. He called for citizens to rally around Kaipay to see the road project to completion.

Editor’s Note: A previous version of this article suggested incorrectly that Sen. Kaipay will be up for re-election this year. Kaipay’s term will not end until 2023.