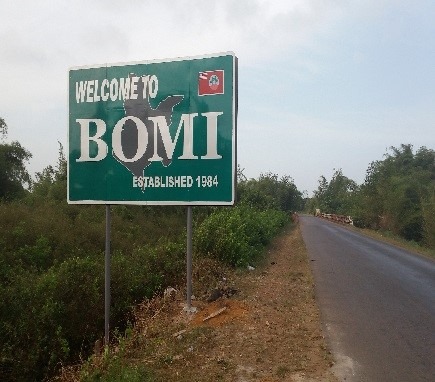 DOWIEN, Bomi – The corpse of a three-year-old child has been discovered in lower Zor, Dowein District, with body parts extracted, a marker that the child may have been a victim of ritualistic killings.

The child’s eyes, private part, tongue, and left foot were all removed.

The paramount chief said the men had tried to lure several other children behind a tree for candy, but they all refused except for the mutilated child.

“When we got there, it was a little child who is about four-years-old that explained to us how the situation took place,” Mark said. The identity of the child who witnessed the incident is being protected to avoid any threats to his life and to ensure that he can identify the kidnappers.

The Dowein district commissioner, Ballah Bue, said the corpse of the toddler was discovered on September 8 in Gbonokor town, near an old farm on the border between Montserrado and Bomi.

The district commissioner noted that the child had been living with her grandparents, who would always leave her with a neighbor when heading out.

Bue said he has reported the incident to the Liberia National Police and he has also set up a team at the district level to probe the situation.

“Although we informed the police, but we are doing everything as a district to launch our rigorous investigation,” he said. “We will not allow this to continue in our district because our people are getting afraid.”

The Crime Services Division of the Liberia National Police is currently working to identify the perpetrators.

The gruesome killing is creating fear among residents of the clan about the safety of their children.

Featured photo by the Ministry of Public Works