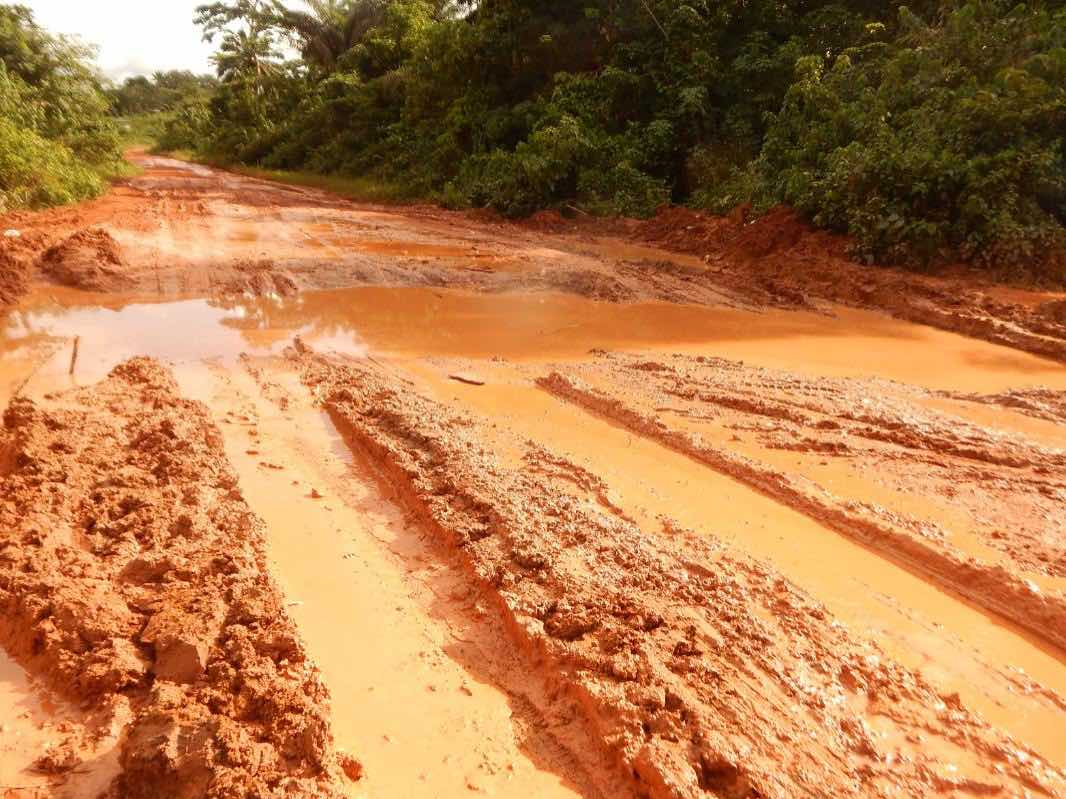 ZWEDRU, Grand Gedeh – There is now a sign of relief for commuters between Ganta, Nimba and Zwedru in Grand Gedeh as the government has announced a new financing agreement to pave the corridor.

Residents of the southeastern counties and commuters have long complained of the difficulties they go through while traveling along the road, especially during the rainy season when the road becomes impassable.

Anthony Shaird, the vice president for People Living With Disabilities in Grand Gedeh, said the bad roads situation between Ganta and Zwedru was affecting every individual in the region, including people with disabilities.

Shaird said the impassibility of the road during the rainy season recently cost him ten days of travel to Monrovia, a distance that would take one day on a good road.

“We are suffering on this road,” he said.

The impassable roads is also said to also be affecting procurement and transportation of drugs, fuel and other basic necessary supplies for the Jackson F. Doe Hospital, a regional medical referral facility in Tappita, Nimba.

Dr. James Sobboh, who is the hospital’s acting CEO and medical director, disclosed recently that delays in accessing drugs, fuel, and other supplies from Monrovia due to bad roads had limited service delivery at the facility.

He said although improving the condition of the road is not directly under the Health Ministry, it is one of the cross-cutting areas that, if prioritized, would lead to improvement in medical services.

The Ministry of Public Works’ director for highway construction, Dave Sleweon, said the construction cost for the 225 km corridor between Ganta and Zwedru is estimated at US$225 million.

Sleweon made the disclosure on last Saturday during a community media forum facilitated by the USAID-funded Internews. The forum was the third of four programs organized to engage the media and citizens on the impact of public funds.

Sleweon said funding for the construction of the stretch between Ganta and Tapita has been secured from the World Bank, under its Southeastern Corridor Road Asset Management Project, with a matching fund from the country’s road fund.

“The government has made an agreement to allocate US$8 million annually from our road fund,” he said.

In December 2016, the Legislature passed the Road Fund Act, which is yet to be made operational. Sleweon said the road fund is expected to come into effect soon.

He also disclosed that the stretch between Tapita and Zwedru would be fully financed by the pre-financing loan agreement between the government and EBOMAF.

The director for highway construction also earlier disclosed that feasibility studies for the Ganta-Tapita corridor would be completed by December this year, while actual construction works would begin by mid-2019.

Although no time frame was set for the commencement of construction works on the stretch between Tapita and Zwedru, he said the project would be completed during the first term of the Weah-led administration.

“We want a full-fleshed asphalt pavement design, a two-lane road that is designed and matches any international standard,” he explained.