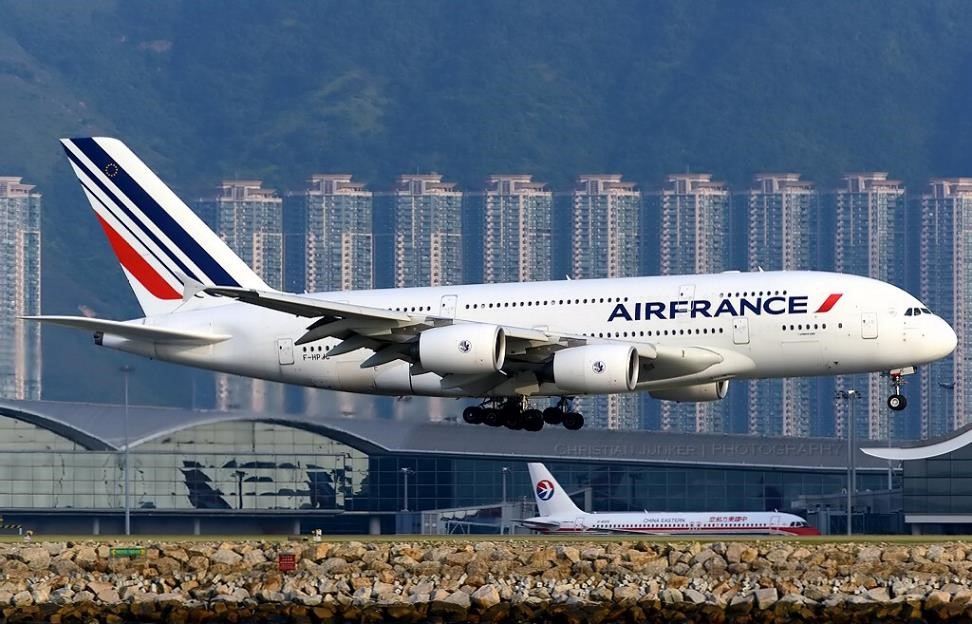 The president touted the return of the airline as a testament of the measures his government has put in place to promote a conducive business climate and attracting businesses and investments to the country.

â€œLiberia is open for business,â€ the president added, noting that the move was also an affirmation of the longstanding relationship between Liberia and France and a direct response to his earlier invitation to the airline to return to the country.

The announcement comes just over a year after KLM Royal Dutch Airlines, a subsidiary of Air France-KLM, stopped flying to Liberia for a more lucrative route to Las Vegas in the U.S. The French government owns 14.3 percent of Air France-KLM.

With the completion of the new state of the art terminal and runway at the Roberts International Airport in Margibi, the president wrote that his government is hopeful of many other international airlines joining ranks with the existing ones.

â€œMy government will continue to endeavor to pursue more investment opportunities in an effort to expand the private sector,â€ Weah assured.

However, insiders within the industry are not so sure that Air Franceâ€™s return to Liberia is a reflection of the country being ready for other airlines. Those insiders, who would only speak anonymously, note that Liberiaâ€™s relatively high taxes and the poor management of the airport means that the country has a far way to go before it can easily attract more airlines that can stay for long.

Liberia assesses some of the highest taxes on airline tickets in the world, charging mainly three fees on tickets purchased in the country â€“ including an airport fee of US$85, a safety and security fee of US$30, and a goods and services tax of 10 percent of the total value of the ticket sold. The seven international airlines operating in the country (Kenya Airways, Royal Air Maroc, SN Brussels, ASKY, Africa Word Airlines, Arik Air, and Air Peace) pass on those fees to their customers.

By comparison, Ghana assesses a flat US$100 international service charge plus an additional US$20 on roundtrip tickets. 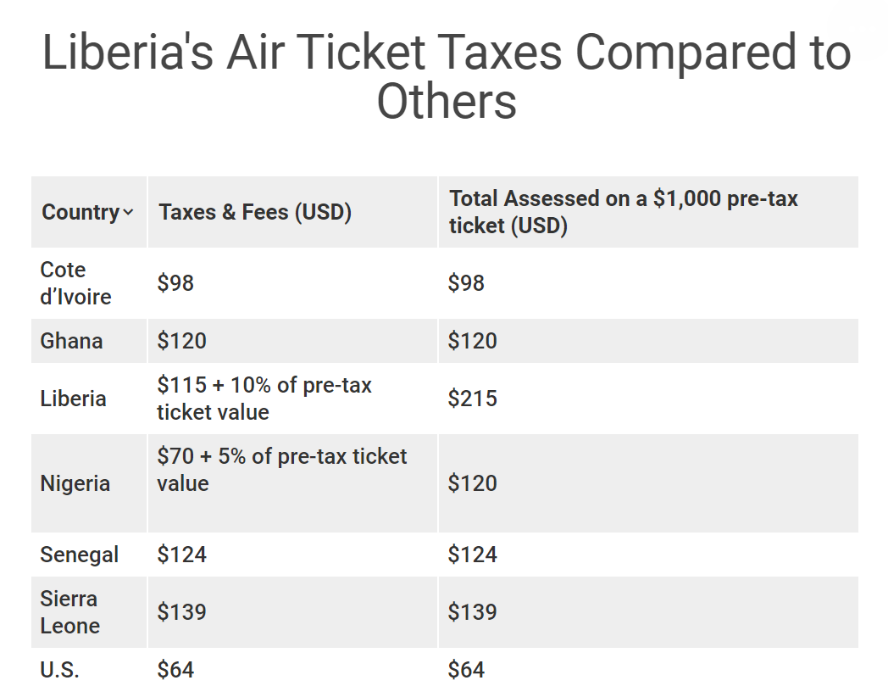 Aviation experts have long complained that the African region, especially West Africa, has taxes and fees so high that they make travel expensive and discourage air travel in the region. But Liberia, which already struggles to attract visitors, has noticeably higher charges than its regional counterparts. Worst, Liberia has a variable tax component that can increase with the cost of the ticket, making already expensive tickets even more expensive. Nigeria has a variable tax component too, but at 5 percent, that is half Liberiaâ€™s 10 percent.

In addition to other factors, all this has meant that Liberia has had a stagnation inÂ the number of air travelers at a time when its neighbors have seen an increase, according toÂ one industry source. The Liberia Airport Authority does not regularly publish these figures on any website and its public relations manager, Ebenezer Wilson, did not respond to multiple requests to verify these figures and other information.

Rather than focusing on the high tax and fees to increase travelers, Liberiaâ€™s airport officials are banking on the new terminal and a newly renovated runway to drive such increase.

Between 2011 and 2014, when Air France operated in Liberia, sources familiar with the airlineâ€™s operations say it lost about US$2.5 million from aircraft damage due to poor infrastructure and financial losses due to an unprofitable route.

Whether Liberia can maintain the state of its new runways and airport terminal remains a key question. After being dedicated in July, FrontPage Africa reported a few months later that there were significant plumbing issues and faulty escalators at the US$50 million facility. The Airport Authority has since had those issues resolved, based on a visit last week by The Bush Chicken.

Even if the Airport Authority can continue to maintain its facilities properly, one of the industry sources worries that this may not be enough to keep Air France and other airlines operating in Liberia, given the high taxes.

â€œThe current situation in the country is not business friendly for most airlines,â€ the source noted.

Unlike other business cases where more competition tends to reduce prices for customers, the source says â€œthe return of Air France to Liberia is not going to reduce the fares charged by other airlines.â€ This would mainly be because the airline industry is a low margin industry and the high fees charged in Liberia already mean prices are already unaffordable for travelers.

Editor’s Note: A previous version of this article provided specific figures for the number of air travelers in Liberia. Those figures have been removed because they have not been verified.