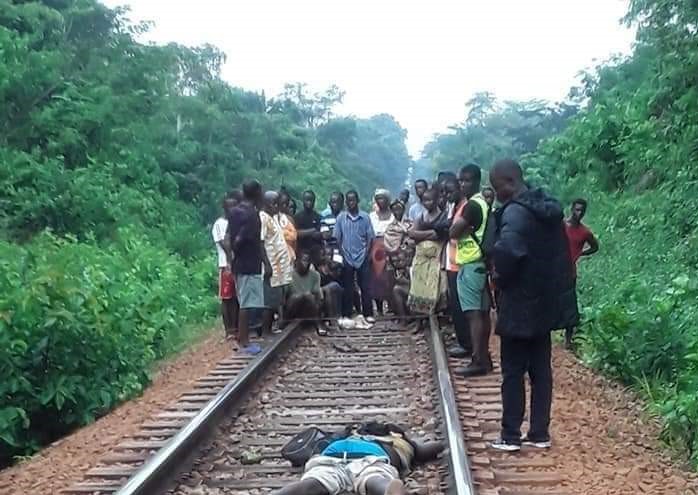 GANTA, Nimba – ArcelorMittal has confirmed that one of its locomotives has killed a 34-year-old father of five in Bunadin, located within Nimba’s eighth electoral district.

A Radio Kergheamahn reporter initially relayed information about the incident to The Bush Chicken, noting that the accident occurred at about 2:45 a.m. on Saturday, May 16, between Kilometers 107-171 along the Buchanan-Yekepa railway.

Wallace Gbengon told The Bush Chicken that the deceased, Saye Sahweh, had left his home around 2:00 a.m. to go hunting when the locomotive was traveling from Buchanan, Grand Bassa to Yekepa, Nimba.

Gbengon said after noticing that he had hit an object, the operator of the locomotive, Jackson Tingban, turned himself over to nearby security personnel guarding the mining giant’s infrastructure. Gbengon said Tingban’s actions were in line with the company’s protocols during accidents.

Meanwhile, the father of the deceased, Paul Sahweh, appealed to ArcelorMittal to assist his son’s family.

Amanda Hill, head of corporate communications for ArcelorMittal, confirmed the fatality, although she said it occurred on May 15 instead of May 16.

“The company immediately reported the matter to authorities and has cooperated fully with investigating officers,” she wrote in an email. “Our community outreach team contacted the family to offer support and have provided support to employees involved.”

She noted that the company extended condolences to those affected.

Sharing
Tags ArcelorMittal
Contributions to The Bush Chicken are not tax deductible.