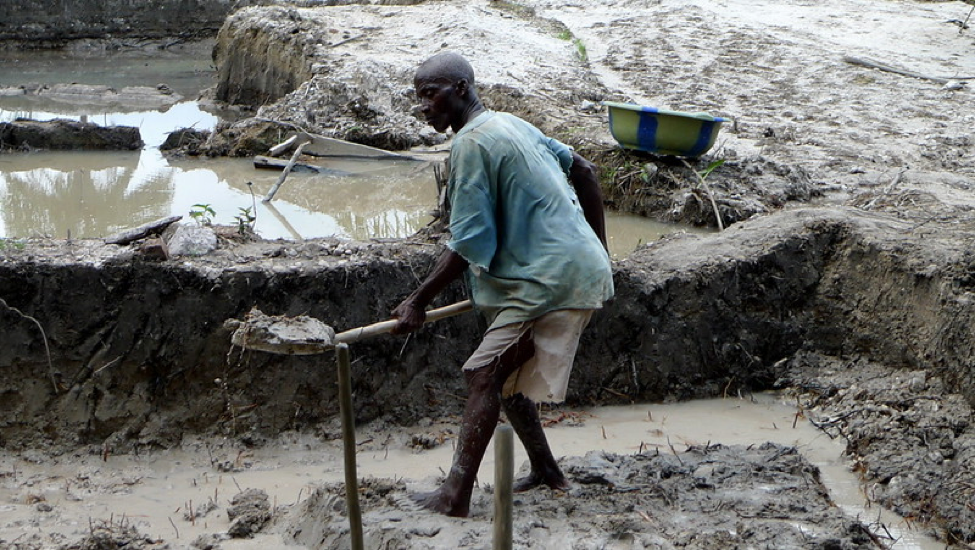 BUCHANAN, Grand Bassa â€“ More than 60 agents and inspectors in the mining sector have received training in smart mining techniques by the Liberia Forest Sector Project.

Conducted in Grand Bassa by the Ministry of Mines and Energy, the training aims to formalize the practice of small-scale artisanal mining for land reclamation, while also curbing illicit mining activities.

The Liberia Forest Sector Project is being implemented by the group Reducing Emissions from Deforestation and Forest Degradation, in partnership with the Ministry of Agriculture, the Ministry of Mines and Energy, the Environmental Protection Agency, the Forestry Development Authority, and the Liberia Land Authority. The project is being sponsored by the Norwegian government through the World Bank.

The assistant minister for planning, research, and development, Johnson Willabo, has said that part of the Ministry of Mines and Energyâ€™s role was to ensure that through training, miners do not encroach into reserved or protected areas, such as the Sapo National Park.

â€œWe are here to conduct training of our mining agents and mineral inspectors into what we refer to as smart mining techniques. It encompasses environmental stewardship and preventing our miners from entering protected areas,â€ Johnson disclosed.

â€œIn the dispatch mining training, we are trying to reclaim lands that have been used for mining, so that after mining, the land will be reclaimed and be used for other purposes.â€

But Willabo warned Liberians and non-Liberians involved in illicit mining to desist because they are depriving the government of huge revenues. The training, Willabo hoped, will help curb this situation, especially in the sub-sector of small-scale artisanal mining.

â€œYou are talking about a country that has a porous border. Artisanal mining has been banned in Ghana and Ivory Coast. So, you now find that the Ghanaians are now leaving their country and coming to Liberia. So, you need collaboration between the Liberia Immigration Service, the local government and the ministry of mines and energy,â€ he said.

Willabo, who heads the project, said participants were drawn from eight counties for the first phase of the training â€“ Grand Gedeh, River Gee, Maryland, Grand Kru, Sinoe, Grand Bassa, River Cess, and Margibi. During the next phase, mining agents and inspectors in the remaining counties will participate in the training.

The government recently issued a moratorium on the use of heavy earth moving equipment for Class C mining operations, claiming that such operations seriously damage the environment, including important landforms, water bodies, and rural communities in areas they were taking place.

â€œDue to the severe environmental impacts associated with these operations and to effectively control the trade in mineral commodities from these mining operations, the Ministry of Mines and Energy hereby declares a nationwide moratorium on the use of heavy earth moving equipment by all Class C Mining license holders and mining cooperatives,â€ the press release read.

The government moratorium gave permission to only valid Class B and Class A mining license holders to use heavy earth moving equipment.