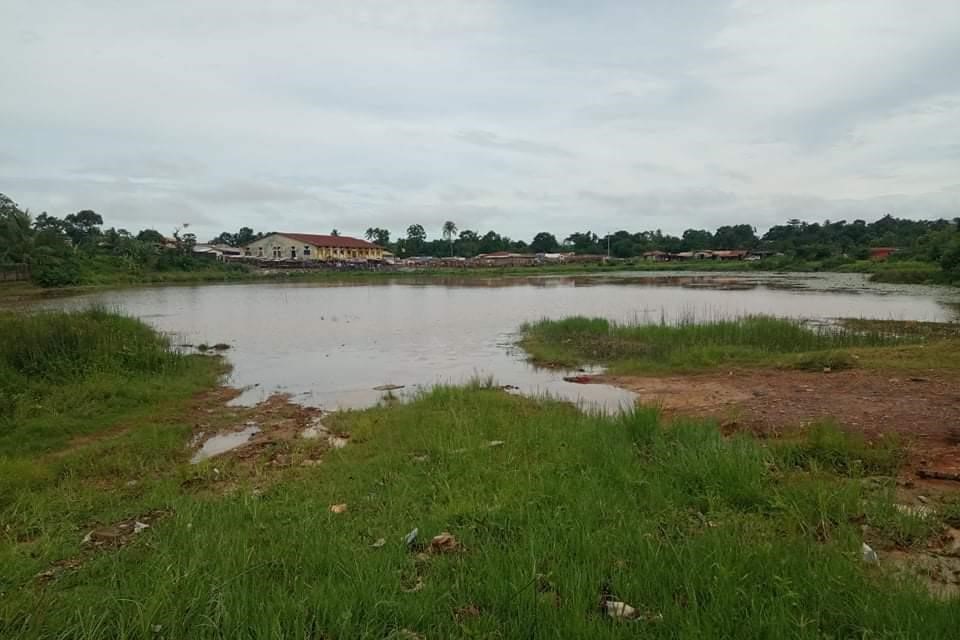 SANNIQUELLIE, Nimba – Nimba’s Superintendent Nelson Korquoi says he wants to transform a lake in the center of Sanniquellie to a tourist attraction by 2021.

Korquoi admits that Lake Tileh is currently in a poor state. He added that a team of engineers had conducted a technical assessment to determine the cost of rehabilitating the lake, although those figures have not yet been released to the public.

Korquoi said he was in touch with diaspora groups such as the United Nimba Citizens Council to raise funds for the Lake Tileh project.

“We will transform the lake in a way that people will ride boats on it,” he said. “When this is done, those who labored to dig that place and are no longer alive will be happy in their final resting place.”

Liberia’s largest man-made lake is situated in the heart of Sanniquellie, the capital of Nimba. Prior to the civil war, the lake appeared much more beautiful than it looks now, with some residents often riding on rafts aboard the lake for recreational purposes.

Today, that beauty is missing, as traders from the Sanniquellie General Market that sits adjacent to the lake have transformed it into a dumpsite. Thick grasses have also swallowed up significant portions of the lake and the trash in the lake means the lake overflows during the rainy season.

To prevent traders from dumping trash into the lake, Korquoi said the Sanniquellie General Market would be relocated to the Sanniquellie-Ganta Highway because the current location lacks space for dumping trash. He promised that the rehabilitated lake would be dedicated along with the Ganta-Yekepa Highway by President George Manneh Weah by the end of 2021.

“We want to create our paradise here,” Korquoi added.

The Nimba superintendent also vowed to renovate the three palava huts on the compound of the Presidential Palace in Sanniquellie. The three huts symbolize the three African leaders who met in Sanniquellie in 1959 to discuss the formation of a continental organization.

From July 15-19, 1959, Liberia’s William V. S. Tubman, Ghana’s Kwame Nkrumah, and Guinea’s Ahmed Sekou Toure met in Sanniquellie to start talks that eventually led to the formation of the Organization of African Unity, now called the African Union. The meeting is what has led many to regard Sanniquellie as ‘the birthplace of African unity.”

Although a stone monument was built in the 1990s to commemorate the conference, Korquoi notes that the city lacks a notable reminder of the role it played in advocating for the liberation of the continent.