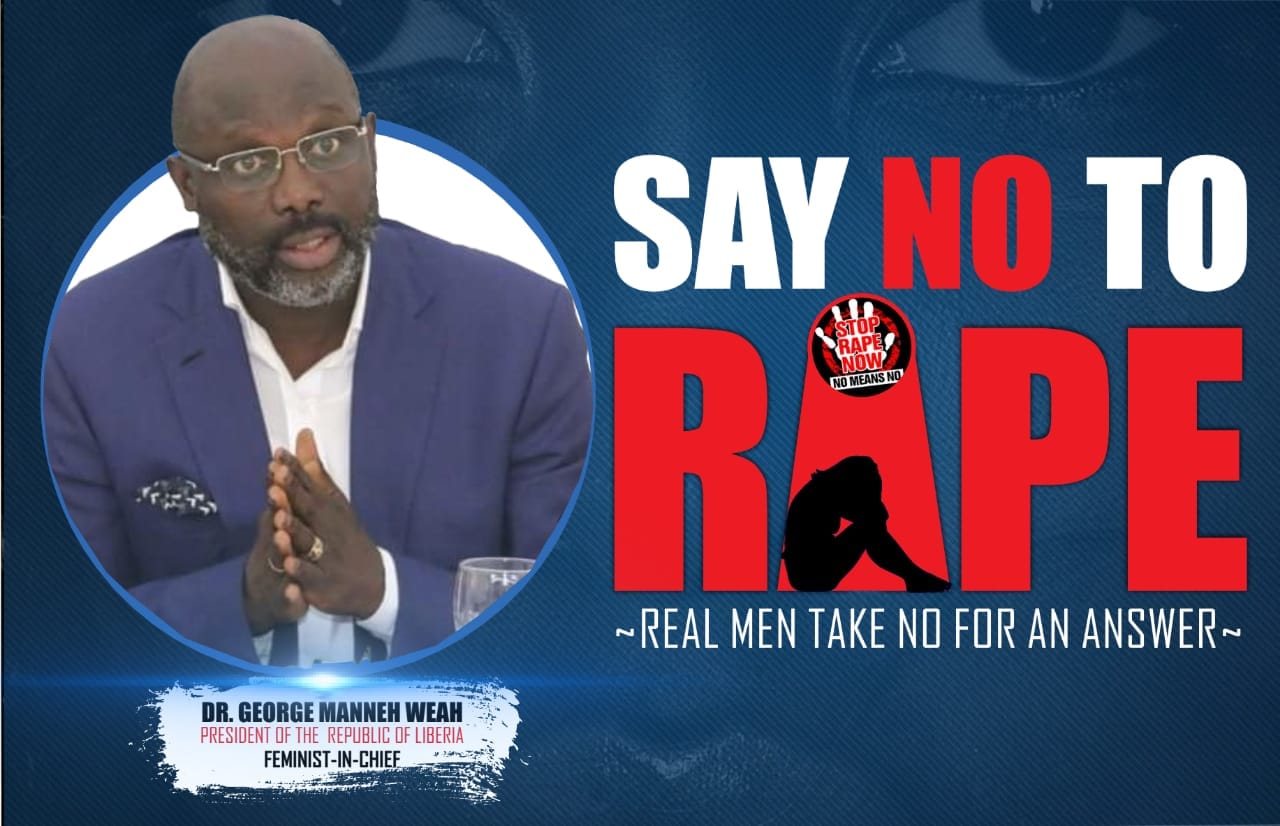 The following opinion piece was published on the Executive Mansion’s Facebook page before being taken down following a significant amount of criticisms in the comments.

Extreme hate and ingrained envy often prove empty guns for their targets. That’s the case with the George Weah presidency and its adversaries. Each time the president’s political foes attempt to unleash their venoms at him in an apparent bid to diminish his stance on issues and deaden his efforts on development, as to gain undue advantage over his stature as the man in control, they often fail.

And the reason why the president’s foes often fail is not only because the charges against him are often misdirected and ill-formed; it is also because the political shots are often packaged with overloaded bitterness and hate for him personally than the issues they seek to address. In this way, the shots become pointless, and they often miss target. And in the end, he stands vindicated.

A number of examples on this proposition of mine is commonplace, and we will like to comment on a few of them in separate write-outs. But let’s first look at the most topical one: the anti-rape protest and how the campaigners, or some of them, in clear broad light seek the head of the president than finding practicable, acceptable, and sensible solutions to the problem of rape in this country.

No doubt, rape is a pandemic. There is no need for a lecture on that from anyone. While this pandemic is age-old in Liberia and is a global phenomenon, its rising tide in contemporary Liberia is insanely unconscionable. There is, therefore, no argument about the fact that public awareness, even including possible street demonstrations to showcase popular dissent and galvanize stakeholders’ and government’s action, is acceptable.

Such a show of anger, understandably, appeals not only to those willing to wear black, brave the rains, and chant anti-rape slogans. It also appeals to all, and the president is no exception.

But if you were to take a look out of the propaganda and political box in which have placed the current anti-rape protest, you get a strange impression that makes one to wonder. For instance, does a campaign of such national importance—a campaign against rape and other sexual gender-based violence—call for insulting the president of the country? Has the president condoned rape in any form and manner as far as his fiduciary and/or constitutional responsibility concerned? Is the rape pandemic prevalent amongst government officials and that the president is not taking actions against them? Or is the president himself suspected or charged for rape? Is it the president that presides over rape cases and pass judgments on perpetrators? Has he ever been caught in influencing judgments of judges who preside over rape cases? Has he shown empathy overtly or covertly for rape perpetrators in any manner and form?

Furthermore, didn’t the president recently, long before the protest, out of his own volition and concern, convene a special stakeholders’ meeting to increase pressure on relevant government ministries and agencies and national and international partners towards stamping out the rape scourge? Didn’t the president mandate the Ministry of Finance to speedily provide necessary funding for logistics and other resources, including DNA machines, which are reportedly needed to fast-track trials and investigations of rape cases in the country?

Has he been silent on rape and issues affecting women and girls? Haven’t the campaigners heard regular statements of the president decrying rape and the violence against sexual gender-based violence and all other efforts he has taken? Or is all this about politics and bitterness?

Those questions, soberly considered by propaganda-free minds, would lead to one wondering why the black-wearing anti-rape campaigners, or some of them, have chosen to target the president for derogatory slogans and unleash invectives at him?

From the looks of things—the slogans coined and invectives spewed at the president, and even including the stubborn demand by the protesters not to deliver their petition to the president’s proxies except it was presented to him—one can safely conjecture that the campaign is not or was not about ending rape. It is about getting the president’s head or tinting his character.

No. the protest isn’t or wasn’t about children and girls raped. Because if it were about rape and if it were all about the cause and interest of survivors of the pandemic, the campaigners in black for two or three days would not make a demonstrably cooperative and listening president the prime target of rudeness, disrespect, and invectives.

Any level-headed person would note that if it were all about rape and its victims, the campaigners would primarily, civilly target individuals and institutions having prime, direct, and fiduciary responsibility to the lawful and contentious issue of women and violence against them. But the campaigners, or some of them, did not even want to see the officials of the Ministry of Gender and Social Protection on the ground of the protest. Why?

Furthermore, why couldn’t the organizers realize that targeting their advocacy messaging and engagement with the Legislature was a strategic thing to do; showing interest in civil and constructive engagement with that august body where any laws found derailing the fight against rape could be corrected?

But again they dropped the imperative of targeting the Legislature for what they could consider better alternative laws or amendments to the present laws on rape and gender equality that would put an end to discrimination and violence against women and children, including rape?

No, clearly, the campaign was all about President Weah, and not about vulnerable women and girls. Because if it were all about rape, the campaigners would target the Judiciary and its structures because it is this branch of government that determines rape and sexual gender-based violence cases. It contains judges who alone have that exclusive authority to explain the timing and substance of rape cases—judges who determine the culpability and non-culpability of perpetrators? They enjoy independence and shield that prevent them from presidential influence. Should the president police them?

No, clearly, the anti-rape campaigners are not interested in the substantive issues that underpin and fuels the rising tide of rape and other violent crimes against women and girls. If they were concerned, they would also target parents and community people, mainly local traditional leaders, who reportedly widely compromise rape cases, who negotiate such cases out of court or from further police investigation.

Or are the black-wearing campaigners, or some of them, thinking that the president should be held for the combined roles of all these stakeholders, including the advocate themselves, the Legislature, the Judiciary, and the community, needed to do in the addressing rape pandemic?

Clearly, they would answer “No!” for the question. So, why didn’t they factor or are not factoring these stakeholders in the protest and they have chosen to target the president, not necessarily for rational answers to rape but for pointed and deliberate disrespect, invectives, and rudeness?

The decided point is—and one needs no soothsayers to attest to the fact of it—that the campaigners or some of them were overfilled with grim political bitterness, intoxicated with inborn hate, and some stupefied by propagandistic motives to pursue the apparent good intent for an anti-rape protest. So, in the end, angry, politicized advocates have again perverted a good cause and vindicated the president who demonstrably remains the feminist-in-chief in words, deeds, and actions.

My simple or perhaps strong message to the anti-rape campaigners and all other contemporary self-styled Liberian advocates is this: the sooner you shed your ill-will and bad blood towards this president, keeping out of your advocacies and protests vile perceptions and often the misjudgments about his right and his ability to preside over this country as the president, the better.