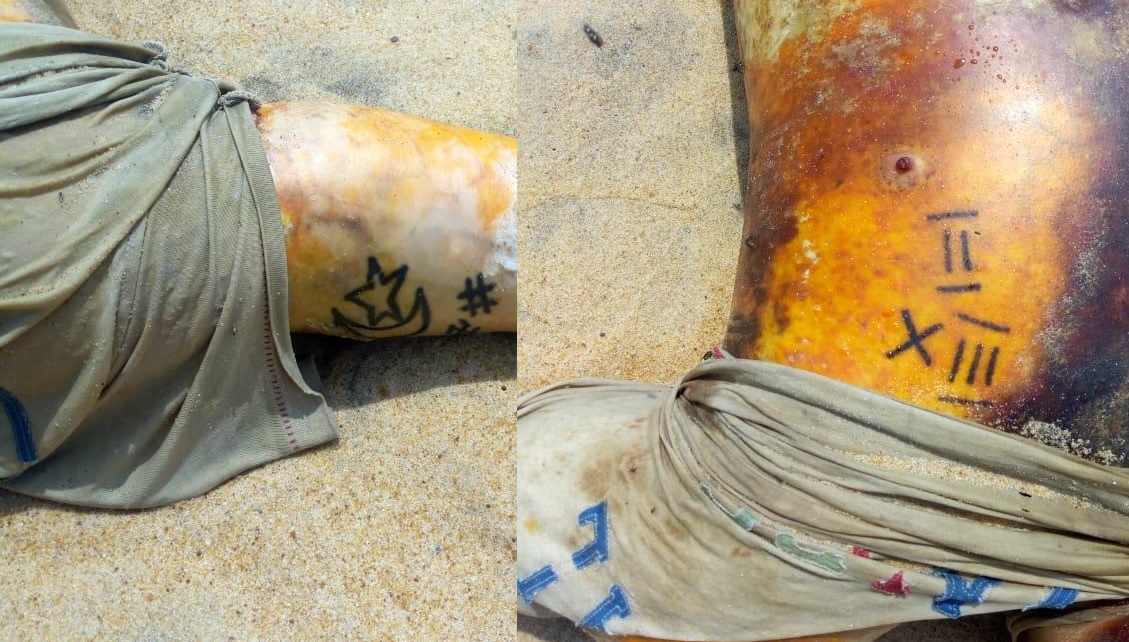 MONROVIA, Montserrado â€“ The decomposed body of a male victim is yet to be identified weeks after the body washed ashore the beach near 5th Street, Sinkor in Monrovia.

The hideous sight and smell of the decomposing body arrested the attention of residents along the beach, who immediately informed the Monrovia City Corporation and the police.

The body was first spotted face-up and partially decomposed by children wandering along the beach in the early hours of Feb. 4. Community residents then called upon the city, with some paying money for its removal. But it would be the following day before authorities would remove the corpse.

â€œWe paid MCC to come and have it removed. But when they didnâ€™t come, we also called to inform the police,â€ said a resident of the community, who asked to remain anonymous.

According to a source close to the criminal department of the Liberian National Police, when police arrived and cordoned off the scene, speculations had already swirled that the corpse was that of a Caucasian male.

The body had been so badly decomposed that the skin was pealed around the face. The skin on the corpse was also discolored after long exposure to the sun following a long period in the Atlantic Ocean. There were many tattoos on the corpse, including a swastika, a crescent and star, and other unknown symbols. [The Bush Chicken has only decided to publish select photos of the corpse due to the potential public interest in identifying the body.]

â€œOne tattoo was that of a tic-tac-toe symbol, both up and down on his left chest,â€ one eyewitness reported. â€œThe other was on his inner arm baring a moon symbol, with a star on top of it.â€

The unidentified male was found in a pair of swim trunks and a t-shirt that was ripped at the collar.

No one has been able to identify or connect the tattoos on the body with anything seen locally. Additionally, they do not belong to any gang or rival groups which typically wear tattoos in Liberia, police have said. Additionally, there has also been no missing person report of a Caucasian man.

Since its sighting, and for more than a week, no one was able to identify or claim the body. According to a member of the cityâ€™s clearing team, unclaimed corpses are eventually buried.

Asked if the corpse can be located and exhumed when any family member arrives, the spokesperson responded, â€œNo.â€

â€œWe randomly bury unidentified and unclaimed corpses in graves which have been given to us to use, or where there is space to bury,â€ he added.

A similar incidental occurred in Dec. 2018 when the remains of a teenage girl from the Old Road were buried by Paynesville authorities following days of her remains being unclaimed after a drowning incident along the Robertsfield Highway. Her family did not know of her death for more than three months following her disappearance on Christmas Day. They also never saw the body before it was buried in an unmarked grave.