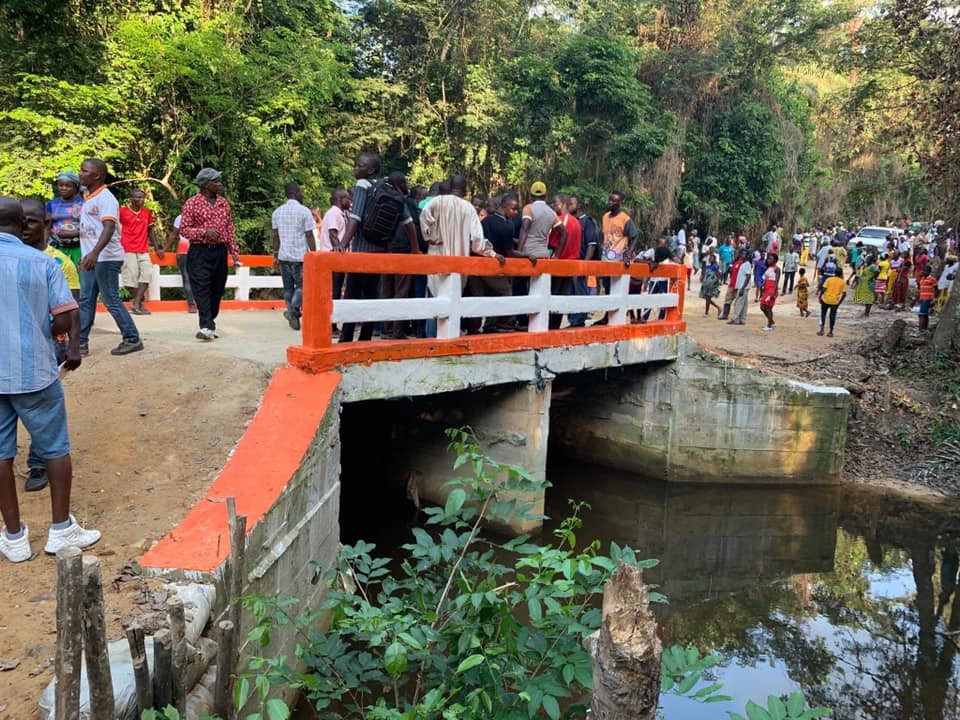 SALALA, Bong â€“ The representative of Bongâ€™s sixth district, Moima Briggs-Mensah, recently completed and turned over a newly constructed bridge to the community of Garney in Bong.

The bridge, which links Garney with neighboring towns and villages, was dedicated and turned over to citizens during the weekend amid widespread jubilation.

Garney is located in Yellequelleh District but was annexed to the sixth electoral district following a redistricting exercise by the National Elections Commission in 2011.

At the dedication ceremony, Briggs-Mensah expressed her excitement that the longtime suffering of residents and their need for a safe crossing over the river is finally resolved.

Before the bridge, the residents used logs to cross the river, a situation which was especially dangerous during the rainy seasons.

There are reported moments when pregnant women and sickling mothers made the dangerous crossing on logs just to access care at nearby health centers. But with the bridge, those challenges are finally over. 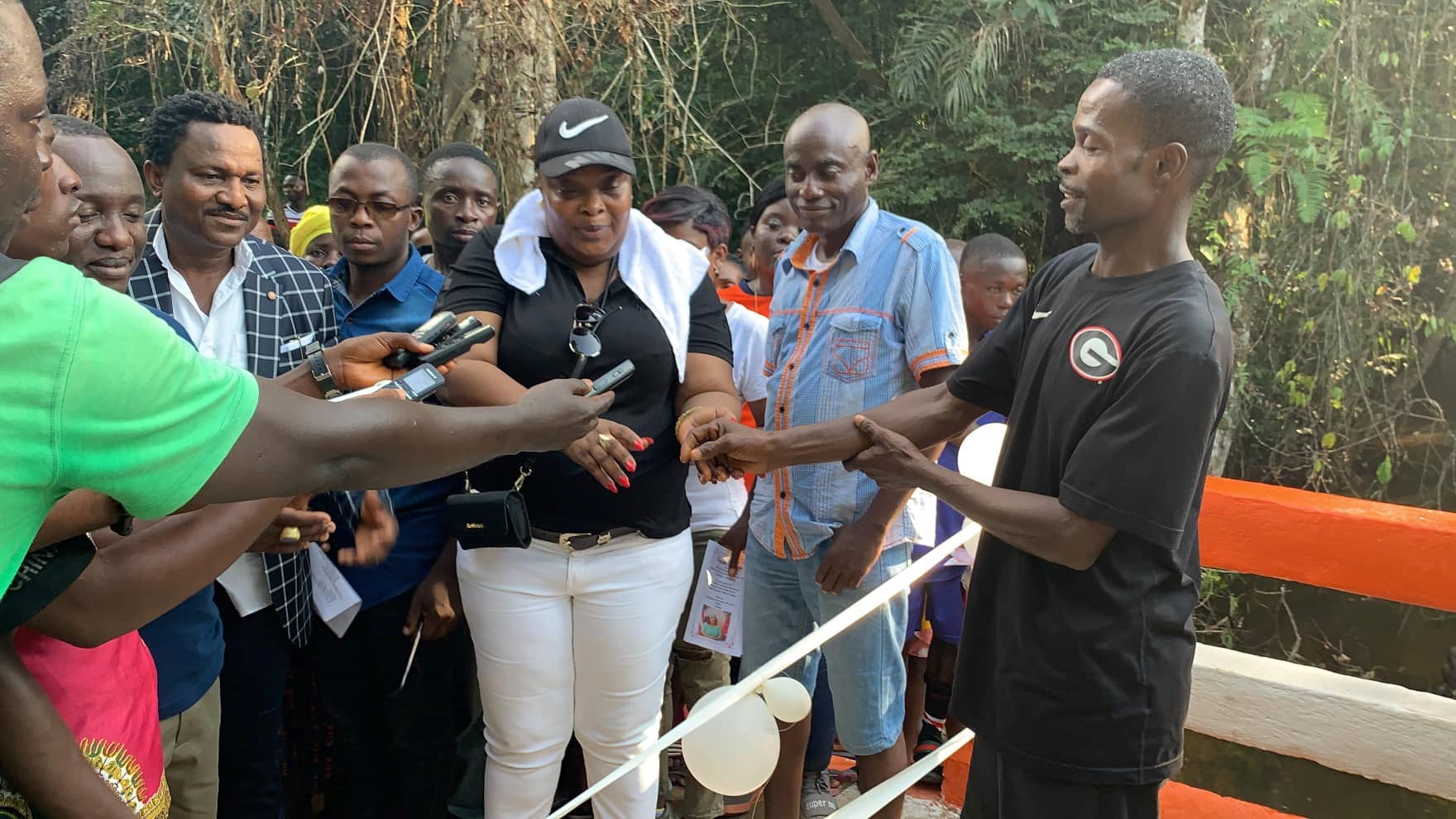 â€œEvery one of us did it together to make it work. This is not [a] legislative development fund. But we thought it wise to say we will not sit down and say because there is no development fund, our people will continue to suffer in the water,â€ Briggs-Mensah said.

She said her office will continue to work with citizens across the district to undertake community development projects.

Briggs-Mensah also praised Representatives Edward Karfiah, Prince Moye, and Robert Womba â€“ all from Bong â€“ for their contributions towards the bridge project.

â€œThe bridge must be appreciated and maintained well. Let it be our business to maintain our bridge,â€ Briggs-Mensah encouraged the citizens.

Yellequelleh Districtâ€™s commissioner, Annie Reeves, also lauded the effort of the countyâ€™s representatives, noting that they had supported the project since it was announced to be priority of the people.

Briggs-Mensah estimated the total cost of the project to be US$30,000 and was done by the District Builder, a local construction company in Salala District, Bong. The citizens of Garney provided the labor, in addition to a contribution of 24 bags of cement, as well as sand, rocks, and other construction materials.

The deputy speaker of the House and Representative who also represents Bongâ€™s second district, Rep. Prince Moye, was also in attendance for the dedication ceremony. He cut the ceremonial ribbon, announcing its completion.

Moye expressed his satisfaction that the bridge will provide easy access to both the townâ€™s residents and farmers transporting their local produce to the market. He also thanked Briggs-Mensah for her remarkable effort in making the bridge a reality.

Mensah was elected representative of Salala District as an independent candidate in 2017, replacing the districtâ€™s two-term representative, Adam Bill Corneh.

Since her election, the lawmaker has shown herself to be especially progressive.

Following a recent visited the United States where she sought assistance from Bongâ€™s citizens living abroad, she presented 102 pieces of armchairs, desks, and other office equipment to the E. J. Yancy High School in Totota.

Sharing
Tags Moima Briggs-Mensah
Contributions to The Bush Chicken are not tax deductible.