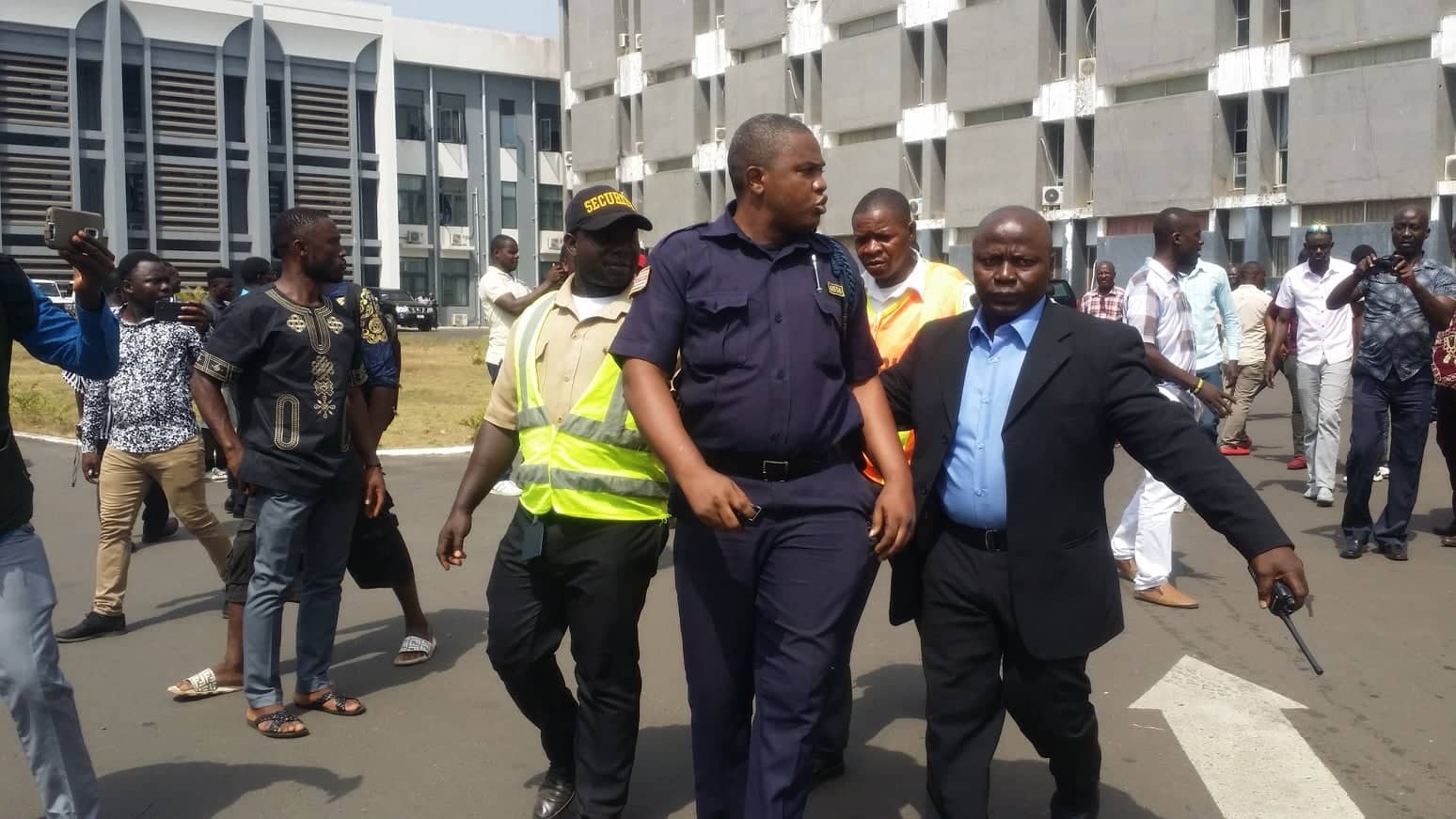 On Thursday, Jan. 16, a group of women claiming to be residents of Montserradoâ€™s 17th district stormed the grounds of the Capitol Building to petition the House of Representatives to investigate a rape allegation against Rep. Hanson Kiazolu, who represents the district.

The women arrived in buses and were led by the assistant minister of transport for administration and insurance, Nuwoe Scott. At first, most appeared to be unaware of the purpose of the gathering. They eventually chanted anti-rape slogans while calling for Kiazoluâ€™s investigation by the House.

Minutes later, the womenâ€™s petitioning ceremony became chaotic when individuals believed to be students from the University of Liberia, wearing inscriptions of the Student Unification Party, invaded the gathering. They were joined by Rep. Kiazolu and chanted slogans in support of the lawmaker.

Some of the women began throwing stones after they claimed that the lawmaker verbally attacked them. A few people sustained minor injuries and some individuals were arrested by the Liberia National Police.

In his letter to his colleagues, Rep. Kolubah accused the police of using force, including tear gas, on the women and legislative staffers. He also said police arrested some staffers without seeking permission from the legislature.

The lawmaker requested that the House of Representatives invite the two officials to explain the legal basis for the police action.

â€œI would think that the LNP overstepped their bounds by grossly inconveniencing our peaceful staffers who were in their various offices executing their professional duties,â€ Kolubah noted.

He claimed that the atmosphere created by the police did not only create panic and distraction for staffers at the capitol but that the staff became victims of the â€œflimsy smells of the poisonousâ€ tear gas.

â€œI believe we can begin to take needed actions to ensure the safety of our staffers and help us prevent recurrence of such action by the police that has the propensity to steer up strive amongst our people,â€ he said.

Montserradoâ€™s second district representative and chair of the House Committee on National Security and Defense, Jimmy Smith, also urged members of the committee to include recommendations on a way forward in their report of the investigation in Kolubahâ€™s complaint.

Rep. Smith, however, said he did not believe that the police need to be invited by the House of Representatives to disperse rowdy crowds.