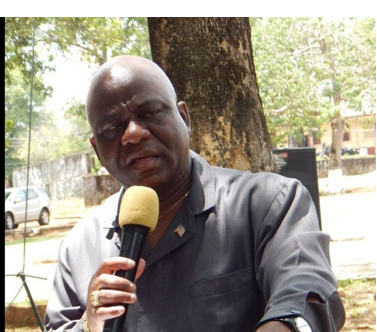 The judgeâ€™s decision will come after lawyers completed their final arguments last Thursday.

Arguing for the government, Solicitor General Syrenius Cephus begged the court to bring down a guilty verdict against the defendants and incarcerate them for diverting pension funds intended for members of the Armed Forces of Liberia for their personal use.

â€œYour honor, these men stole the AFL pension money â€“ that is the reason why they sat over the account for over seven years without any of the army personnel having access to the account until their departure,â€ he said.

In a counter agreement, one of the defense lawyers, Cllr. Wilkins Wright, asked the court to acquit the defendants because the government was unable to produce any oral or documental evidence that the AFL diverted for personal use.

Wright said the charges against the defendants were not supported during the trial; although money was taken from the AFL pension account, it was done so based on security matters.

â€œWe have informed the court that our clients acted on the instruction of then [President] Ellen Johnson Sirleaf based on a security matter at hand, which was explained to President George Weah during the transition [period] that made him commit his government to paying the money,â€ Wright said.

â€œTrue to his word, President Weahâ€™s administration earlier paid US$460,000 in December 2018 as reimbursement funds to the AFL pension account because he understood the circumstances the money was used.â€

Wright said there was no proof that Samukai diverted the money for personal use. Additionally, the funds had already been paid back by the government.

The indictment against the former defense minister pertains to allegations contained in a General Auditing Commission report that in August 2009, Samukai established a mandatory savings scheme for members of the Armed Forces of Liberia. That scheme deducted funds from soldiersâ€™ salaries, ostensibly for the soldiersâ€™ welfare and supplementary pension benefit.

The indictment also accused Samukai of misapplying an estimated US$1.7 million from the welfare and supplementary pension benefits fund while serving as the minister of defense under former President Ellen Johnson Sirleaf, and for criminally withdrawing US$852,860 from the account and expending said amount on activities already provided for within the ministryâ€™s allotment in the national budget.

The indictment alleges further that the ministry, under Samukai, authorized the expenditure of funds from this account on soldiersâ€™ welfare without the requisite consent of the AFL High Command.

Under the mandatory saving scheme, according to the indictment, Samukai and his co-defendant granted themselves exclusive signing rights to the account, leaving out the armyâ€™s chief of staff and other senior officers in both the army and the Defense Ministry.

Judge Gbeisay is set to announce the final ruling in the case today.