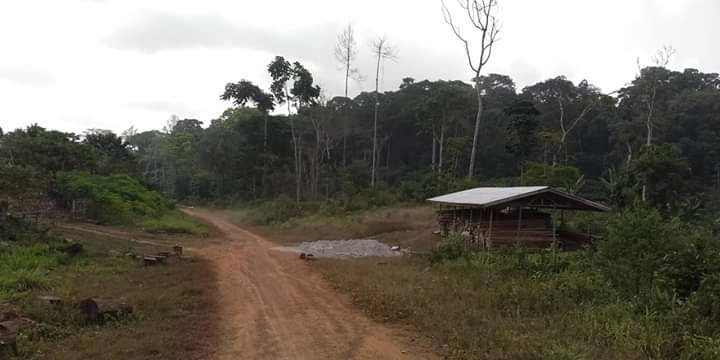 DUGBA, Sinoe â€“ Concerned that the upcoming rainy season could make travel difficult, residents of Sinoeâ€™s Dugba River District have taken matters into their own hands and begun rehabilitation work on major roads and access paths within the district.

The initiative, according to Patrick Doe, chair of the self-help project group, will focus on major roads leading into and out of the district, including in places such as Nyanpo, Quatuo Juaryen, and Gbankinkop.

The absence of paved or passible roads in most of the district means only a limited amount of areas will benefit from the work. But Doe says this is only the beginning of an ongoing initiative that will hopefully touch areas without roads, and help support the governmentâ€™s development efforts in the county.

During the rainy season, when road conditions drastically worsen, district residents cannot get their food products to Greenville for sale, and this undermines their daily livelihood.

â€œWe are focusing on these major roads on grounds that during the rainy season it can be worst on these roads,â€ Doe told The Bush Chicken.

He said his team was using cutlasses, wheelbarrows, red dirt, and other construction materials to clear roads and fill in potholes. Doe expects the exercise to last between two and three months and end by the latest, in May.

Dugba River District is Sinoeâ€™s youngest district, having been designated a statutory district under former President Ellen Johnson Sirleafâ€™s tenure in 2016. It sits about 39 km away from the port city of Greenville and has an estimated population of 12,000 people.