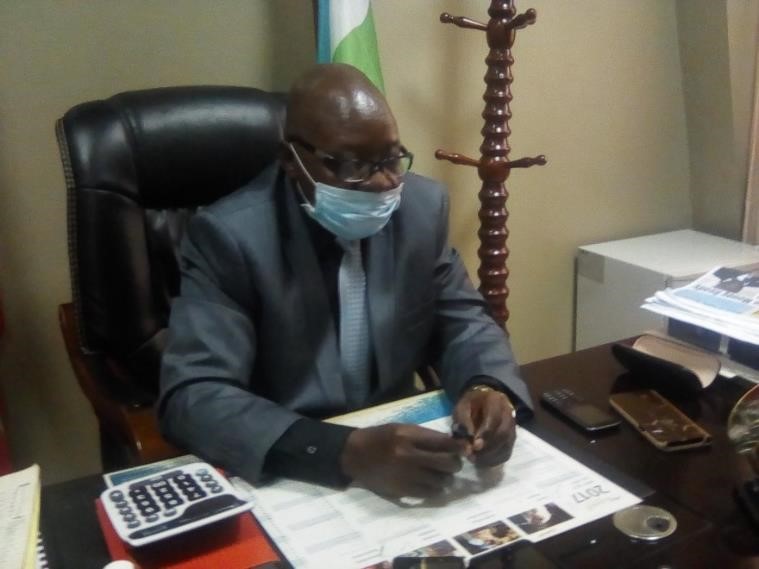 MONROVIA, Montserrado – Representatives from the National Security Administration, the Ministry of National Defense, and the Liberia National Police have been asked to appear before the Senate to address issues relating to claims made by Grand Gedeh’s Sen. Marshall Dennis on trans-border land conflicts in Gbarzon Statutory District involving Ivorians, Burkinabe, and Mozambicans.

On August 20, 2020, Dennis told his fellow senators that intruders entered Tiahn Town in B’hai Administrative District, within Gbarzon Statutory District in May 2015 and established an agricultural estate by planting tree crops, including cocoa.

“Illegal cocoa plantations are mushrooming in the district, causing defoliation and incalculable environment degradation to our flora and fauna,” Dennis said.

According to the Grand Gedeh senator, a recent investigation conducted in the county proved that Ivorian entrepreneurs have used bribery to set up this structure, putting vulnerable citizens of the district against each other.

He urged the government to act immediately before the situation reaches a point of international confrontation.

“Conditions in the district have degenerated from bad to worse,” Dennis said, due to the “lukewarm” action of the government.

“Evidently, the security severity of the Republic of Liberia as a nation-state is grossly compromised by the presence of illegal alien occupation of her territory,” he added.

“More than 200 illegal aliens have reentered the forest – well-armed and prepared to man and defend their settlements on the Liberian soil,” he added.

Dennis called the lack of more forceful action by members of the Liberian security sector a ‘conspicuous silence.’

Meanwhile, Prince B. Mulbah, deputy inspector general of the Liberia Police, has said the police are preparing to have a dialogue with civil society and local authorities in the district rather than just moving in to arrest suspects. He said the situation involves transnational and cross border affairs and should be dealt with carefully.

On May 14, 2020, the police received a letter from Sen. Dennis requesting intelligence officers on a fact-finding mission in hopes of authenticating the numerous reports of intrusion by foreigners.

Those officers left Monrovia on May 22 and stayed in the forest for more than two weeks, Mulbah said, gathering useful information.

According to the intelligence gathered, there are more than 9,000 Mozambicans building makeshift settlements and planting cocoa on Liberian soil without the knowledge of the relevant authorities.

Six of those intruders were arrested, Mulbah said. They were later turned over to Ivorian border authorities.

“We cannot reveal how we will arrest this situation due to classified information, but we have asked [the Liberian] Immigration [Service], the AFL [Armed Forces of Liberia] and [the Ministry of National] Defense to aid in handling this situation. We have discovered it is peaceful for now and that we are dealing with more of an illegal alien situation.”