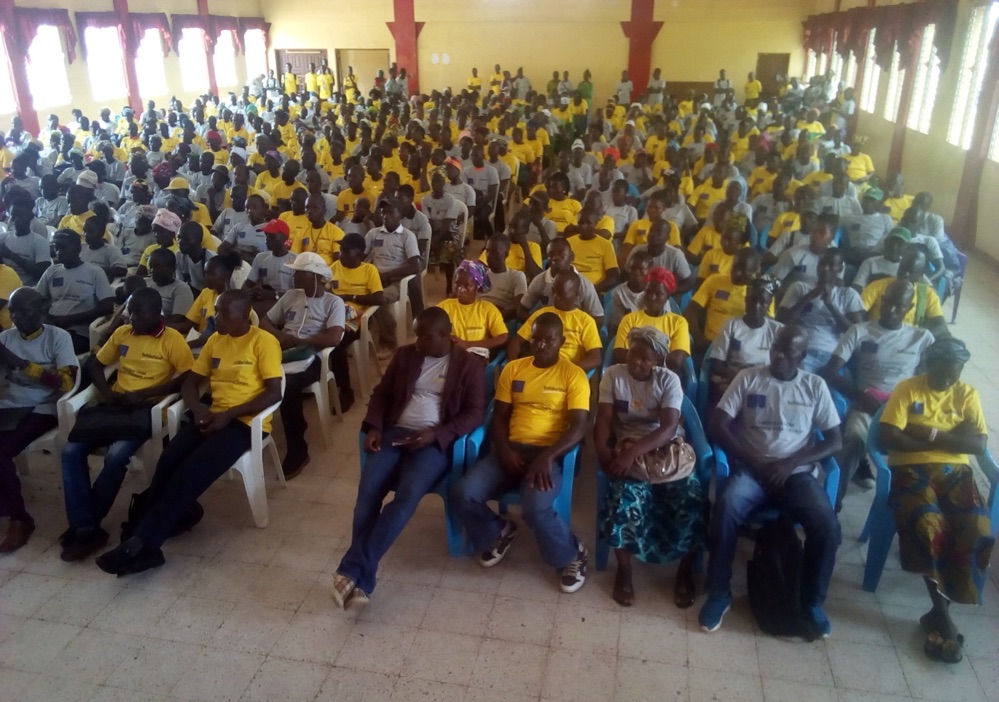 The training focused on improving their farming techniques and was conducted at Solidaridadâ€™s Farmers Field School in Bong.

In early 2018, Solidaridad launched a new four-year program targeting 5,000 smallholder cocoa farmers in Liberia, with the goal of creating a vibrant, competitive, and profitable cocoa economy.

The program focuses on including at least 30 percent of women among the trained farmers and ensuring that 3,800 acres of improved cocoa were planted in Bong, Nimba, and Lofa.

These best practices are meant to boost productivity and improve the quality of cocoa produced in Liberia to meet international standards, Bhafai said.

Presenting the projectâ€™s overview at the completion ceremony, Bhafai said the training is Solidaridadâ€™s strategy of supporting Liberiaâ€™s cocoa sector revitalization program started by the government.

â€œI would like to say happily that today and over the next few days, Solidaridad will be graduating 1,916 farmers who have successfully gone through our Farmersâ€™ Field School in several communities, facilitated by over seventy-seven communities in Bong, Nimba, and Lofa counties,â€ Bhafai said.

Meanwhile, Bongâ€™s agriculture coordinator, Kollie Nah, commended Solidaridad for the training and pleaded for more of such training to other farmers in the county.

Nah challenged the farmers to share the knowledge acquired with their colleagues who did not have the opportunity to be a part of the training.

â€œI urge you to please transfer this training to other people who did not benefit,â€ Nah said.

One of the participating farmers, David Brown, said the knowledge he gained has now placed him and other farmers in a comfortable position to maximize their productivity.

â€œI was shocked when parents who have not been to school were able to identify [and] were able to discuss the different cropping methods in the cocoa crops,â€ he said. â€œI want us to go and apply this on our various farms in order to make them better.â€

He believes that the training will have a positive lasting impact.

Sharing
Tags Solidaridad
Contributions to The Bush Chicken are not tax deductible.