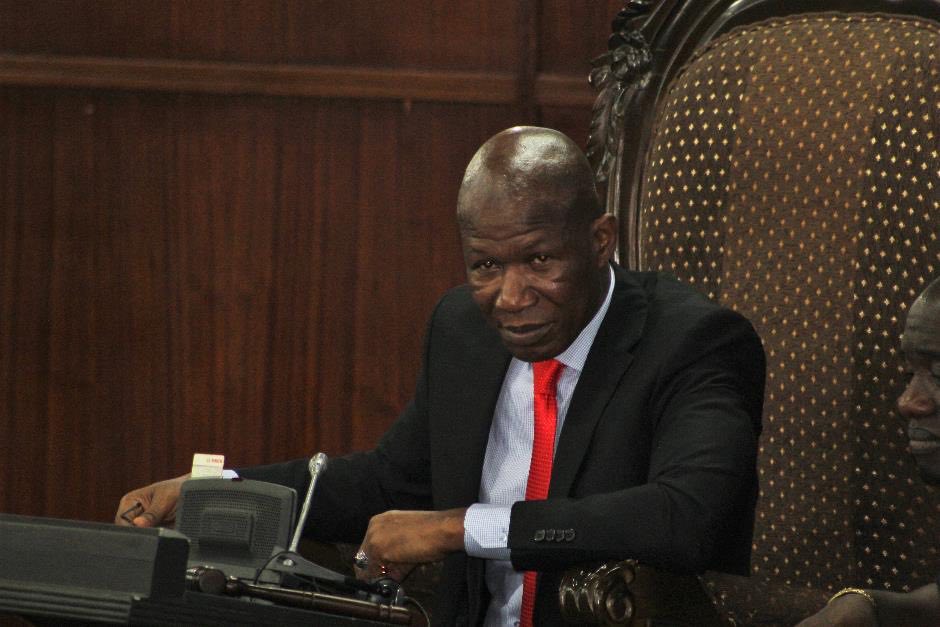 MONROVIA, Monsterrado – Opposition members of the House of Representatives have accused Speaker Bhofal Chambers of bias because he did not present to the general body a communication from Finance Minister Samuel Tweah explaining delays in the submission of the 2020/2021 draft national budget.

Following the reading of Tweah’s communication in plenary by the clerk of the House, Mildred Saryon, on Tuesday, June 9, lawmakers anticipated that the document would be placed on the floor for discussion. However, Speaker Chambers, without any input from his colleagues, noted the communication and ordered that it would not be opened for discussion.

The speaker said Tweah’s letter was done out of courtesy to the House of Representatives, but that the minister was not the appropriate authority to address the matter.

According to the communication, there were exceptional constraints regarding the state of the 2020/2021 draft national budget preparation, as the government continues to explore options in its fiscal space, mobilizing additional resources to support the recovery and development efforts.

“I present my compliments and take yet another opportunity to convey to the legislature through your honorable office critical issues regarding the state of preparation of the National Budget for fiscal year 2020/2021,” Tweah wrote in the communication.

He told members of the House about the expected delay in the submission of the draft national budget but promised that the submission would be made before June 20, 2020.

The finance minister said there was a need for additional time to discuss with development partners, which will be officially communicated to the legislature by the president.

Nimba’s fifth district lawmaker, Samuel Kogar; Rep. Francis Nyumalin of Lofa’s first district; and Rep. Dorwohn Gleekia of Nimba’s sixth district were among lawmakers who blasted the speaker for improperly handling the session, terming his action as an illegal proceeding.

“Speaker Chambers needs to be told about his wrongdoing. Our silence on some issues based on the way you conduct the House doesn’t mean we are stupid,” Rep. Kogar said.

Rep. Nyumalin also told the speaker: “You are proceeding wrongly. We will not accept this from you. This is being biased.”

He said the minister of finance does not control the House, and that members will resist everything that will bring the body to public disrepute.

The speaker, who is a member of the ruling Coalition for Democratic Change and hails from the southeast region that President George Weah comes from, has continued to be criticized by his colleagues, mainly lawmakers from opposition political parties, for poorly conducting the affairs of the House, in favor of the executive branch.