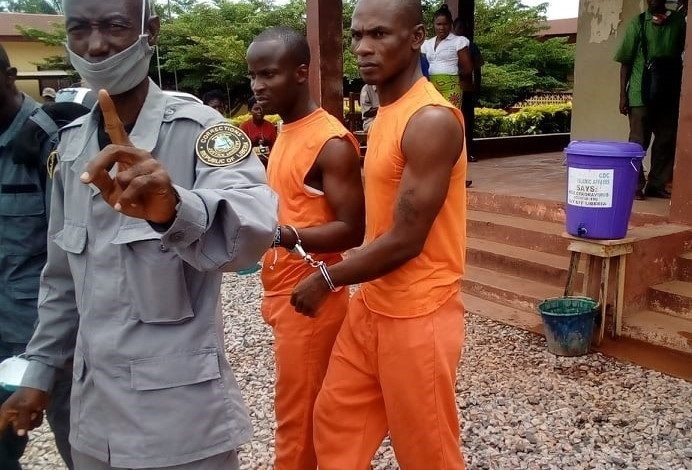 KAKATA, Margibi – The trial of the suspects in the murder of German national Juergen Schedemamn has been postponed until the August term of court after the court allowed the public defender’s request for a jury trial.

The COVID-19 pandemic forced the justice system to defer all jury trials until the next term of court in order to comply with health protocols.

Schedemamn, the chief executive officer of International Consultant Capital, was killed during an armed robbery at the logging company’s compound in Big Joe Town, a community on the outskirts of Buchanan, Grand Bassa.

The two suspects, Emmanuel Kollie and Joseph Cole, were arrested for crimes including murder, armed robbery, and criminal conspiracy.

Their case was transferred from Grand Bassa to Margibi in March of this year after their lawyer at the time, Aaron Kartee, argued that the high profile nature of the case and the fact that several prominent Grand Bassa citizens and opinion leaders were appearing on different radio talk shows and making prejudicial comments meant that his clients could not receive a fair trial in the county.

On June 2, the men appeared at the 13th Judicial Circuit Court and pleaded not guilty before Judge Mardea Tarr-Chenoweth. This comes even though the men had already admitted to the police that they committed the crimes.

On Thursday, Holmes filed three motions, including the motion for separate trials, a motion to dismiss the police investigative statement, and a motion for a jury trial. Judge Tarr-Chenoweth allowed two separate trials for both men.

However, the judge was less willing to grant Holmes motion to dismiss the information that came from the police interrogation. The public defender argued that his clients had admitted to the crimes after being tortured and placed under undue influence. Additionally, he said his clients were not represented by an attorney during the investigation, a right they should have.

The judge denied the motion to scratch out the result of the police investigation but assured the defendants that they would be cross-examined during the course of the trial.

Meanwhile, the assistant minister for litigation, Wesseh Wesseh, says he welcomes the postponement of the trial. He promised that the government would work hard to prove the indictment against the defendants.

The government has been careful to exercise seriousness in this case, as there were initial fears that the murder could leave investors afraid of doing business in the country.