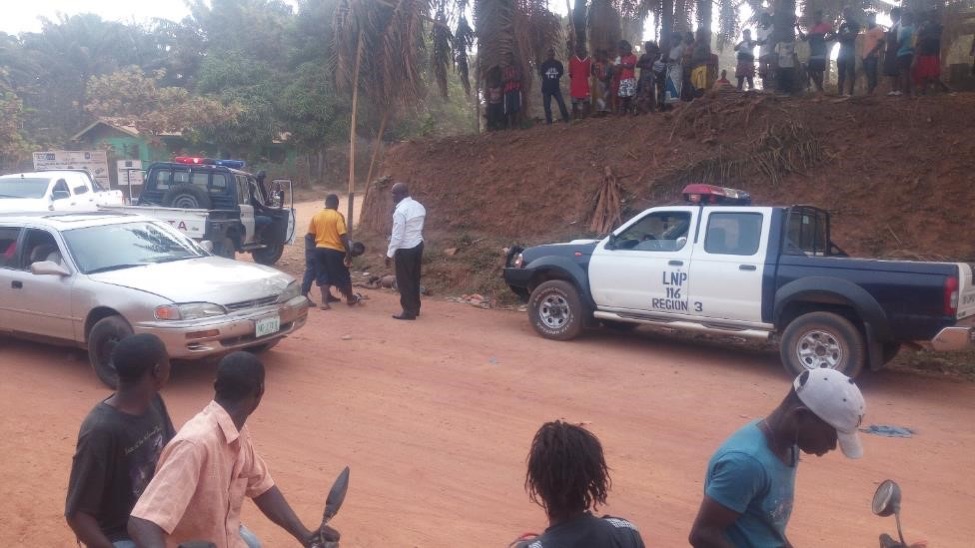 GBARNGA, Bong â€“ Bongâ€™s superintendent of police, Frederick Nepay, has confirmed the death of two people in Gbarnga as a result of mob violence.

Varflay Sheriff, alias â€˜Third Richest Man,â€™ and Nathaniel Doe were killed on Tuesday by angry motorcyclists in an apparent response to the stabbing of one of their colleagues on the outskirts of Gbarnga.

Nepay said the motorcyclists had earlier on Tuesday alleged that one of their colleagues, Rufus Gbargbar, was stabbed and robbed of his new motorcycle by two criminals. The situation prompted a response from the motorcyclists.

â€œIn that process, the motorcyclists went on the rampage, chasing and beating those they felt were criminals,â€ Nepay said in an interview with The Bush Chicken.

Police records show that the two men killed by the mob were criminals; however, it is unclear whether the deceased were involved with the latest bike robbery.

The police superintendent said Nathaniel Doeâ€™s lifeless body was found on Wednesday in Gbaota along the Gbarnga-Ganta Highway, while Varflay Sheriff was pronounced dead Tuesday upon arrival at the Phebe Hospital for treatment of wounds he sustained as a result of the mob action.

Samuel Elliot, the president of the Liberia Motorcyclists Transport Union in Bong, said he could not independently confirm that members of his organization were involved in the killing of the two alleged criminals.

Elliot said he was attending to Rufus Gbargbar, the robbery and assault victim, at the C. B. Dunbar Hospital on Tuesday when he heard rumors that some motorcyclists were beating up criminals near Gbarnga.

â€œI am talking to the motorcyclists to remain calm and that they should not go to ghettos again,â€ Elliot said.

He said Gbargbar is responding to treatment from the wounds he sustained from his attackers, but the stolen motorcycle has not yet been found.

Up to present, police in Bong have not made any arrests into the killing of the two men; however, they have arrested two people in connection to the bike theft, according to Nepay.

Mob violence is not uncommon in Bong. Between February and March 2017, mobs attacked and killed three within the county.

Many Bong residents have divergent views about mob violence. While some believe that it deters criminals, others point out that punishing alleged perpetrators with death without according them due process is a violation of their rights.

Rights activists Jesse Cole of the Justice and Peace Commission and Aaron Juaquellie of the Foundation for International Dignity believe that there should always be a due process accorded to those accused of criminal activities, instead of citizens taking the law in their own hands.

Cole said he thinks the lack of capacity building opportunities for young people often pushes them to criminal behavior.

Liberiaâ€™s penal code classifies mob violence as a crime, but in most instances, perpetrators of the crime go with impunity because the state does not have the capacity to track perpetrators.

Citizens often hold back information on perpetrators of mob violence for fear of their lives or possibly because citizens themselves are most often complicit in the action.

Additionally, mob violence thrives in Liberia partly because of a weak justice system. Crowded prisons, poor police gathering of evidence, and corruption can often mean that criminals are released without bearing the consequences required by the law.