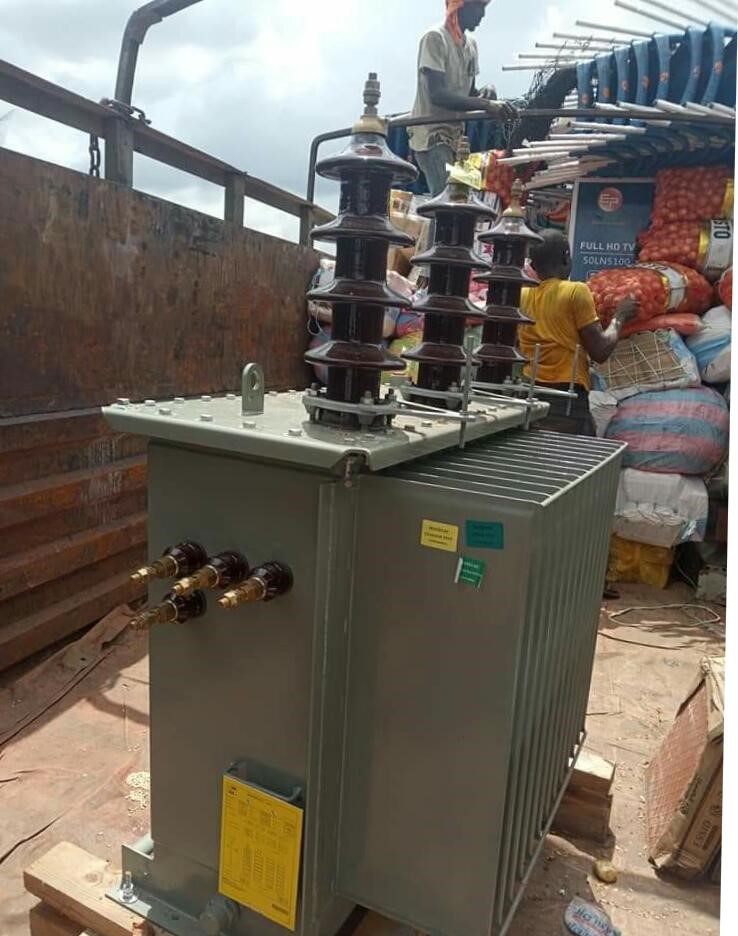 HARPER, Maryland – Ahead of the Dec. 8 senatorial election in which he is seeking re-election, Sen. Dan Morais of Maryland has donated a 110 kva transformer to the Central Harper community.

In an interview with The Bush Chicken, the senator said the community leaders and business owners had complained to him about the poor electricity supply and asked for his assistance in replacing a damaged 50 kva transformer. He noted that the new transformer cost US$6,500.

Morais promised that a more sustainable solution was on the way to ensure that the electricity supply in the city was more stable. He revealed that the Liberia Electricity Corporation was working on coming to an agreement for a local firm to manage the maintenance and upkeep of the network in Maryland, as is being done by Jungle Energy Power in Nimba.

“These things are done as a process, so I want my people to be patient – we will soon get there,” he said.

At Cape Rock Radio, which will benefit from the newly installed transformer, board chairman Boniface Nyema said the new transformer would reduce the operational costs of the station.

“We say thanks to our senator for coming to our aid, especially Cape Rock Radio that normally survives on the generator when there is no electricity in order for us to keep our people informed,” he said.

He challenged Morais to make similar interventions in other parts of the county and called on others to follow his good example.

Mamie Blayon’s Candlelight Minimart is also located within the community and she added her appreciation to the senator for the donation.

One youth activist, Lawrence Prowd, said the gesture from the senator was not unusual. He pointed to scholarships Morais had sponsored at Tubman University and financial aid he had provided for over 100 students in grade schools across the county.

“If this county had two of Senator Dan Morais, we would have been far with development,” Prowd added. “This son of the soil is a talk-and-do [politician].”

Meanwhile, the county operations manager of the Congress for Democratic Change, Peyer N. Koffa, described the senator’s donation as a political gesture meant to win him support ahead of the election. Koffa, whose party is a constituent of the ruling Coalition for Democratic Change, promised to make sure Morais is retired on December 8, 2020.

Koffa claims that in 2011, Morais made many promises as a candidate, but he has failed to deliver on them and he should not be reelected.

“As far as I am concerned, Marylanders will retire Morais at the ballot box on December 8, 2020,” he added, as he called on Marylanders to support the CDC candidate, James Biney. Koffa notes that if Biney wins, there would be more development in the county because of his proximity to President George Weah.

Sharing
Tags Dan Morais
Contributions to The Bush Chicken are not tax deductible.