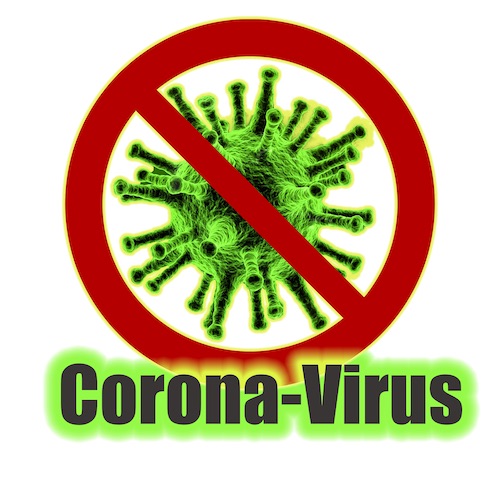 MONROVIA, Montserrado â€“ Amid the rapid spread of the Novel Coronavirus outbreak globally from Wuhan, the capital of Chinaâ€™s Hubei Province where it first appeared, health authorities in Liberia are drawing on the lessons learned from the Ebola outbreak to 2014/2015 to prevent the spread of the disease in Liberia.

The World Health Organization recently declared the outbreak a crisis of global concern. The Coronavirus has spread to more than 20 countries, with a total of more than 360 deaths and over 17,000 confirmed cases of infection.

Members of the Senate Committee on Public Health have expressed confidence that Liberia will not be caught â€œpants down,â€ and vowed to commit the necessary resources for prevention and treatment, despite the virusâ€™ capacity to outpace global medical efforts to contain it.

Grand Kruâ€™s Senator Peter Coleman, who chairs the committee, told the general Senate body that the government is working closely with its counterparts to ramp up surveillance of 337 potential cases across the country, in order to ensure the country remains free of the Coronavirus.

Sen. Coleman said authorities of the Ministry of Health and partners were assessing the situation and will report on what is required to keep the population safe. Already, authorities at the Ministry of Health have activated emergency operations centers (at the Redemption Hospital and at the Firestone Hospital as standby) and constituted an inter-agency team that meets regularly to review the situation and advise on appropriate measures.

â€œRight now, we have an outbreak of Lassa fever and meningitis we are dealing with, because we have an effective surveillance system,â€ he said.

Coleman also disclosed that 24-hour ambulance service will be available to transport anyone suspected of the disease, as well as appropriate laboratory facilities to analyze specimens, and isolation centers to protect the population.

At the moment, there is no reported case of the virus in Liberia. And health authorities are ramping up surveillance activities in a joint effort with the West African Health organization and the United States Centers for Disease Control and Prevention.

Sen. Coleman suggested at least two possibilities of the disease entering Liberia: â€œthrough our Chinese friends and investors coming into Liberia; and through Liberians who study and do business with China.â€

He noted that initial testing of samples for the virus could be done in Accra, while a second testing will also be done after the initial reading.

â€œWe all are working together as a network and team to keep this virus away,â€ Coleman assured.

â€œIf anyone knows anyone who just came from China recently, they should alert the surveillance team. So, whenever there is a tip-off, they follow and these people will be followed.â€

According to health authorities, about 306 Chinese nationals who entered the country over the last month have been traced and are being monitored, together with 11 Liberians. The tracing is being initiated by immigration officials at the airport and other ports of entry. The monitoring lasts for 10 to 12 days â€“ the virus incubation period.

For Liberians studying in Wuhan, the epicenter of the Coronavirus outbreak, they are being quarantined for their own safety, as evacuation is impossible due to resource challenges.

According to Coleman, â€œEveryone in Wuhan is indoors. Everything is put on hold, [and] discussions are being held with our Chinese counterparts at the embassy to look at these issues to hold on to the Chinese delegations that should be coming until these things are put under control.â€

The Coronavirus leads to incessant coughing and sneezing and can be transmitted through handshakes and other means of person-to-person contact. There are plans to reactivate similar handshaking and handwashing protocols instituted during the Ebola outbreak. Massive public awareness and sensitization are also being emphasized.