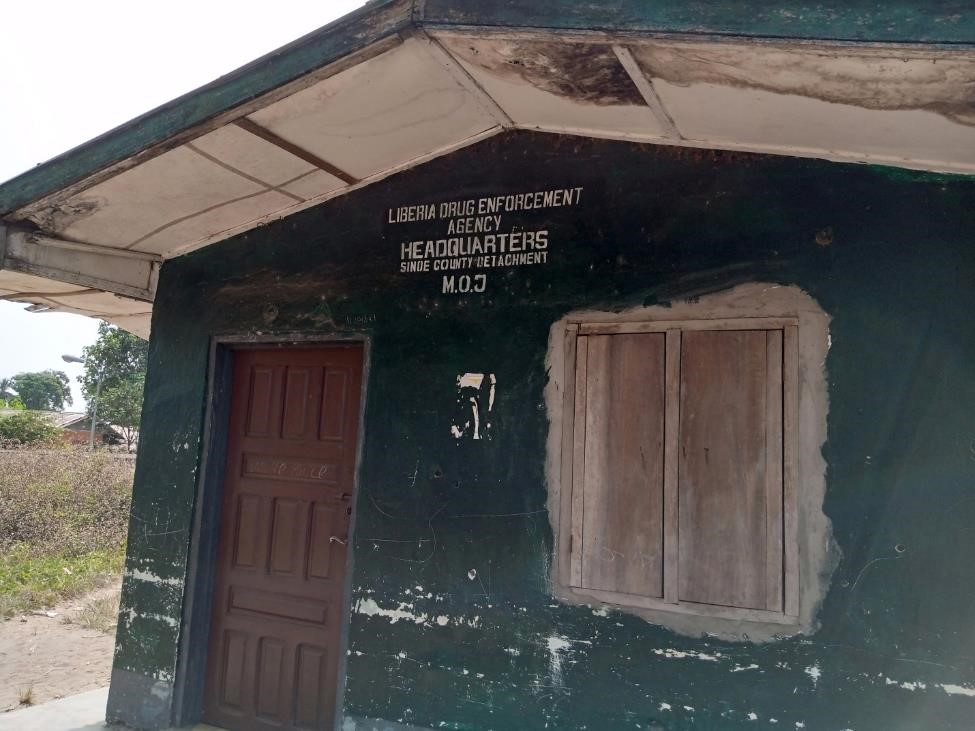 GREENVILLE, Sinoe – The Sinoe detachment of the Liberia Drug Enforcement Agency has arrested and sent to court a 35-year-old woman for the illegal possession of over US$1,000 worth of marijuana.

On Monday, the Sinoe LDEA commander, Col. Irene Sirleaf, addressed journalists at the agency’s Greenville office and detailed the arrest that occurred on Sunday in Panama Community, Kpanyan Statutory District in Sinoe.

Sirleaf said the LDEA had received a tip on the suspect, Marie Jarboe, and had been following her for nearly two months. During that time, Sirleaf said LDEA officers met with community members and documented Jarboe’s impact on the increased crime in the community.

“She was once arrested by us – at the time, she was eight months pregnant and was released due to her giving birth,” Sirleaf said, noting that the suspect continued to be a dealer after her release.

“She will, this time around, meet the full weight of the law.”

The Sinoe LDEA boss said her agency had now pushed four drug cases that are on the court’s docket and waiting to be tried. Additionally, preliminary investigation is ongoing for five arrested suspects.

She warned that community members who fail to report drug dealers in their communities could risk increasing the harm to those areas.

“The constant habit of community leaders protecting drug dealers’ interest for pocket change is also a contributing factor to the proliferation of the substance in the county,” she explained.

Although the LDEA is responsible for enforcing the law concerning illegal drugs, Sirleaf said community members also had a role to play.