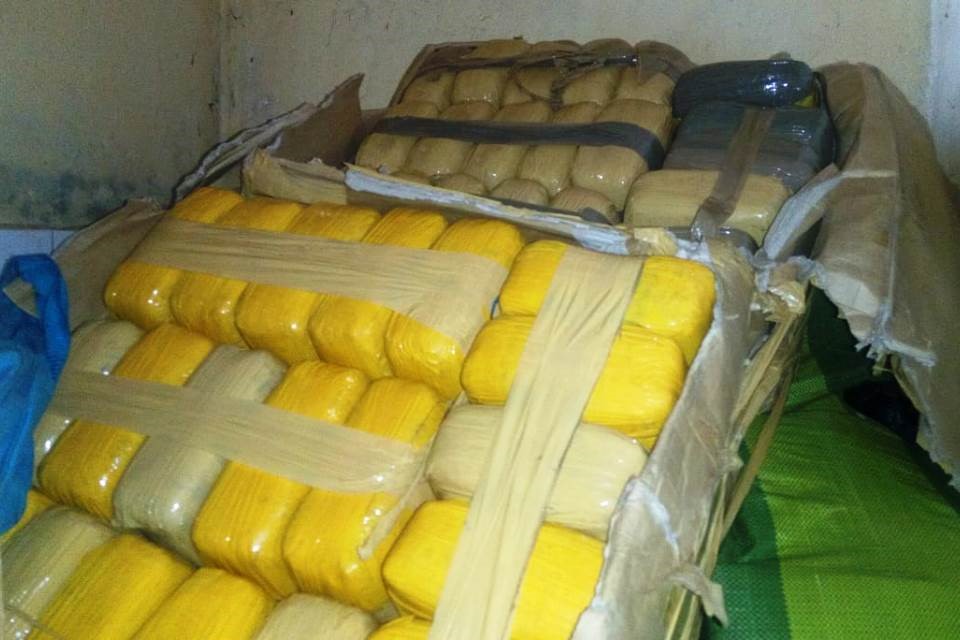 KLAY, Bomi – The Liberia Drug Enforcement Agency has arrested a man who was allegedly trafficking 30kg of marijuana valued at over L$400,000 (US$2,020).

LDEA’s Bomi commander, Col. Mentor Yormie, said Bankalee Kiata was arrested at the Klay checkpoint while traveling from Bo-Waterside to Monrovia on May 21. He said the arrest came as a result of a tip.

The drugs, which were likely being smuggled from neighboring Sierra Leone, were stashed in “bundles of dried fish” Yormie said. “There where they cleverly hid the marijuana and was transporting it to Monrovia,” he added.

Kaita has been charged with unlawful possession of a dangerous substance, drug trafficking, and endangering public safety. He has been forwarded to court for prosecution.

The LDEA commander noted that he made several similar arrests this year, including an arrest of 22-year-old Alasane Barrie with 42 kg of marijuana and two other arrests of individuals with smaller amounts of heroin. All the suspects have been forwarded to the Tubmanburg Magisterial Court for trial, Yormie added.

He urged citizens to work with his agency to provide tips to stop the importation of drugs in the country.

“We want our citizens to work closely with us so that we all can eradicate [the] importation of drugs in the country because it is among them that the drug users live,” Yormie said.