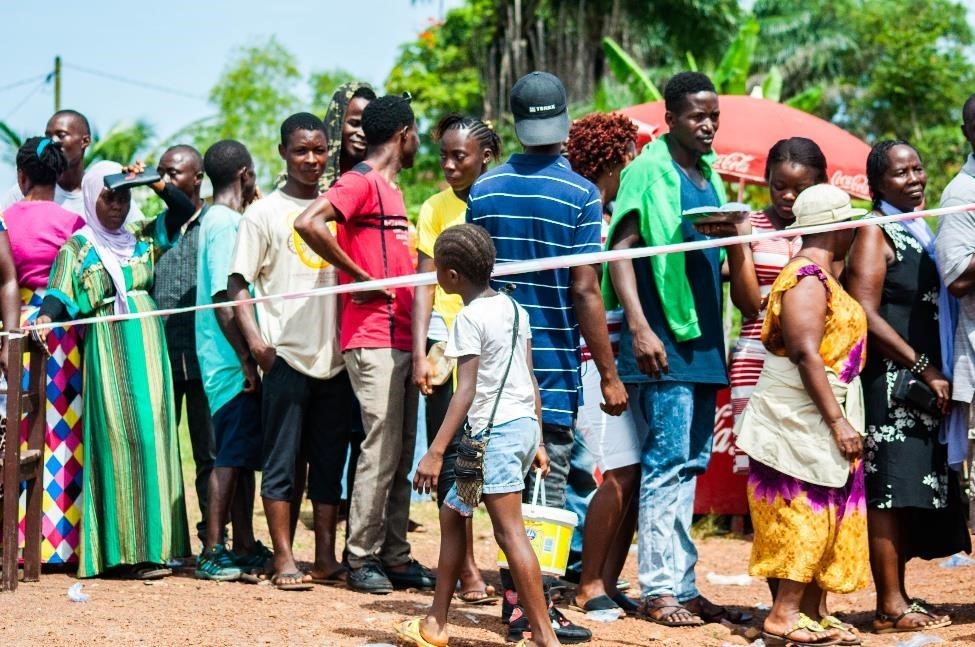 MONROVIA, Montserrado â€“ The Elections Coordinating Committee, a group of civil society organizations that deployed the highest number of local observers in the 2017 general elections, has launched a project to support strengthening the countryâ€™s emerging democracy through pushing for electoral reform.

The ECC had already recorded key challenges that affected the 2017 elections, including issues with elections regulations, the current elections date, an inconsistency in the voter roll, low women representation, and the financing of political parties.

Now the ECC is moving forward to working with key stakeholders to push for changes to electoral policies and laws to ensure that Liberiaâ€™s democracy is strengthened.

The project, which is funded by USAID, was officially launched at a ceremony on June 5, where a member of the ECCâ€™s steering committee, Harold Aidoo, disclosed that the project is intended to improve Liberiaâ€™s electoral systems, processes and laws, drawing from the successive elections held from 2005, 2011, 2014, and 2017.

Aidoo who is also the executive director of the Institute for Research and Democratic Development, commonly known as IREDD, said when the project is completed, it will address the gaps and challenges within the countryâ€™s electoral framework such as the 1986 Constitution, the elections law, and other regulations affecting elections.

He listed the objectives of the project as refining and publicizing the reform agenda from multiple stakeholders to include several amendments to the New Elections Law, an amendment of the Code of Conduct, and to make an amendment in the constitution to change the current date specified for election.

Aidoo said the ECC would be engaging the legislature and other government agencies to advocate for electoral reform. Additionally, the organization would also push for grassroots support to spur legislative action.

NECâ€™s Chairman Jerome Korkoya, who was present at the launch, thanked the ECC for the initiative. He said although it is part of the commissionâ€™s responsibility to recommend changes to the legislature after every national election, the commission could not lead the process because of its current resource constraints. He promised to work with the ECC and stakeholders in the process to the end.

â€œIf we find issues in the elections law, we need to deal with them soon,â€ he pointed out.

River Geeâ€™s third district representative, Francis Dopoe, who is the secretary on the House Committee on Elections and Inauguration, emphasized the importance of electoral reform when he led the official launch of the project.

â€œWe will continue to believe that we are moving somewhere, but we will be moving on a low paste and the ECC is in the right direction in term of strengthening our democracy.â€

Also speaking at the launch was the USAIDâ€™s LAVI projectâ€™s country director, Milica Panic, who expressed the need for Liberia to build on its democratic gains following the end of the civil war. She said reforming electoral laws could help avoid post-election violence ahead of the next general elections.

â€œReforms are considered useful when beneficiaries of said reforms are fully aware of what the reforms are. Hence, communities and citizens must be at the core of electoral reform interventions,â€ Panic said.

The U.S Embassyâ€™s deputy chief for mission, Alyson Grunder, noted that the road leading to reform will be a â€œhillyâ€ journey.Â  She explained that amendments to statutes, legislative measures, constitutional reform, and public referendums will present significant political and logistical challenges for authorities and their development partners.

â€œFor peace to be lasting, the people must have unwavering faith that the electoral system will truly allow their voices to be heard and their opinions to be counted,â€ Grunder said. â€œA fundamental principle of this process is inclusivity.â€

In addition to the ECCâ€™s project, other organizations and government agencies have been pushing for reform over the past year, mostly funded by USAID. In May, the House Committee on Elections and Inauguration began working on crafting an electoral reform bill during a two-day legislative working session in Buchanan. The session brought together members of the government agencies, including the Law Reform Commission. Civil society organizations, such as the ECC and the Liberia Elections Observation Network also participated.

About 20 electoral reform issues were recommended to the House committee. A second dialogue which brought together political parties also took place in Monrovia on May 31. They included recommendations for an extra body outside of NEC to implement civic and voterâ€™s education, the setting of a new timeline for an election to be held, instead of the second Tuesday of every election year, to avoid the challenges of having elections during the rainy season, among others. Others are the introduction of biometric voter registration and the formulation of a Political Parties Act.