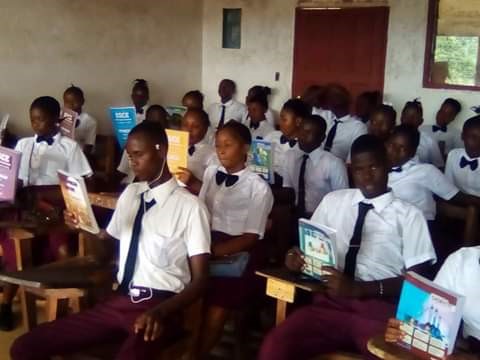 TUBMANBURG, Bomi â€“ Ahead of the West African Secondary School Certificate Exams, or WASSCE, the Varney Taylor Foundation has donated a consignment of textbooks to the Charles Henry Dewey Central High School in Tubmanburg, Bomi.

The donations are the second in less than a month from the foundation. On Jan. 22, the school also received L$100,000 (US$513) from the foundation as payment for outstanding tuition for needy students. At the same time, another school, The Al-Rashad Islamic and English School also benefited from similar tuition payments of L$75,000 (US$385).

Making the presentation of books at C.H. Dewey on Thursday, Feb. 13, the head of the foundation in Liberia, Matthew Darblo, described the materials as standardized books in nine subjects of the test, which have been developed in line with the WASSCE syllabus.

Darblo noted also that although the foundationâ€™s benefactor, Varney Taylor, lives in the United States, he has taken keen interest and concern in the plight of Liberian 12th graders who are preparing to take the regional exams.

According to the foundationâ€™s chief executive officer, the donated materials are valued at over L$50,000 (US$256). He expressed hope that the schoolâ€™s administration will use the materials for their intended purpose to assist students to prepare for the exams.

â€œLet me caution you as administrators â€“ these books are very standardized, so do not sell them because they may adequately help the students in any ensuing international exams,â€ Darblo said.

Responding to the donation, both the administration and the student leadership thanked the foundation and promised to put the materials to proper use because practice and testing materials comprised a major area of deficiency in the schoolâ€™s effort to prepare for the exams.

Receiving the materials on behalf of the school, Principal Kieh Wesseh noted that the books were timely, in light of the schoolâ€™s challenges.

â€œThe textbooks came [at] the right time when the institution is challenged with essential books that will guide our students to prepare for the WASSCE exams,â€ he said. â€œBut we are happy today for this timely gesture, and we promise to use the books wisely.â€ 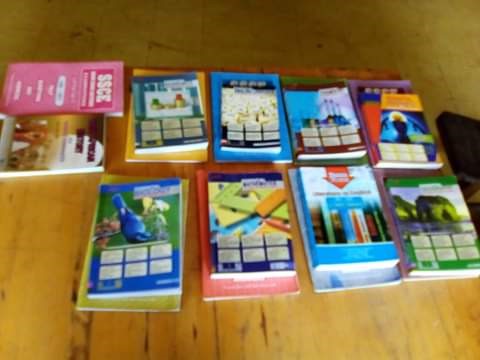 The Varney Taylor Foundation is a U.S. and Liberian-based not-for-profit organization run by Varney Blama Taylor, a prominent citizen of Bomi who has spent over 30 years living in the United States.

In addition to assisting with academic materials for WASSCE preparations, the foundation has also recently paid the tuition and fees of needy for students in at least three schools in Bomi, including the St. Dominic Catholic High School and the Bomi Community College.

As 2020 marks the year of an important by-election for the Liberian Senate, such public gestures are not without political motivations. But the foundationâ€™s CEO was quick to dismiss any suspicion of a political motive by Taylor. He said Taylor, a graduate of the St. Dominic Catholic High School in Tubmanburg, was only hoping to give back to his alma mater and the county that gave him so much during his youth.