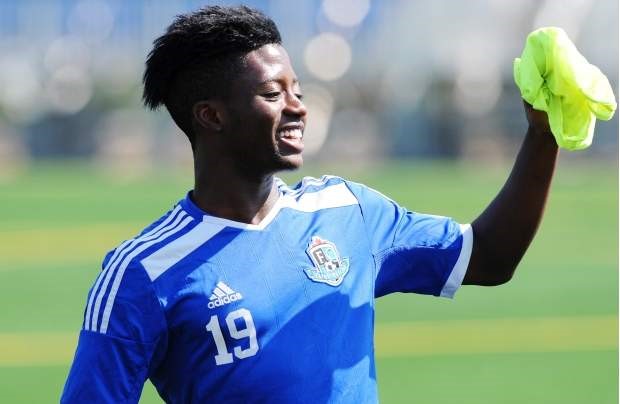 According to a release by the Liberia Football Association, Newcastle United U-23 midfielder Mohammed Sangare, Joseph Aidoo of U.S.-based Michigan Stars, David Tweh of Enegertik Minsk in the Belarusian Premier League, and Inter Turku’s Hanson Tamba Boakai are set to play.

Boakai will make his first-ever appearance for Liberia. Born in Teldou, Guinea to Liberian parents and raised in Canada, Boakai has represented Canada at youth levels. He played a game for Canada’s U-15 team, seven games for the U-17 team with two goals scored, nine U-20 games with a goal, and five games for the U23 without a goal. In October 2014, he was called to the Canadian senior team for a friendly against Colombia; however, Boakai didn’t play in Canada’s 1-0 loss.

The 22-year-old forward has turned to Liberia to play at the senior level. His call to the Lone Star will provide Peter Butler with the options in his future player selection.

Meanwhile, Joseph Aidoo, who plays as a right-back central defender, might make his second appearance for Liberia if he features against Bostwana. He played for Liberia in a friendly match against Sierra Leone at the Samuel Kanyon Doe Sports Complex which ended goalless on July 22, 2018. He was brought in late in the second half and played four minutes in the match.

David Tweh will also have the chance to convince coach Peter Butler when he plays against Botswana. Tweh has been very influential for his team, Energetik Minsk, in the Belarusian top flight this season. The former Barrack Young Controller midfielder has been directly involved in more than 11 goals for his side this season.

Butler’s team for Botswana comprises of mostly home-based players led by the Christopher Jackson, who finished as the joint top scorer in the 2019 Liberia Football Association first division league and the top scorer of the 2019 FA Cup.

The team departed Liberia on Friday, September 27 with a 27-man delegation headed by the Liberia Football Association vice president for operation, Wilmot Smith. Lone Star will play the southern African country in a special friendly as part of their 53rd independence celebration.

19 hours ago by Miama Morine Pewee