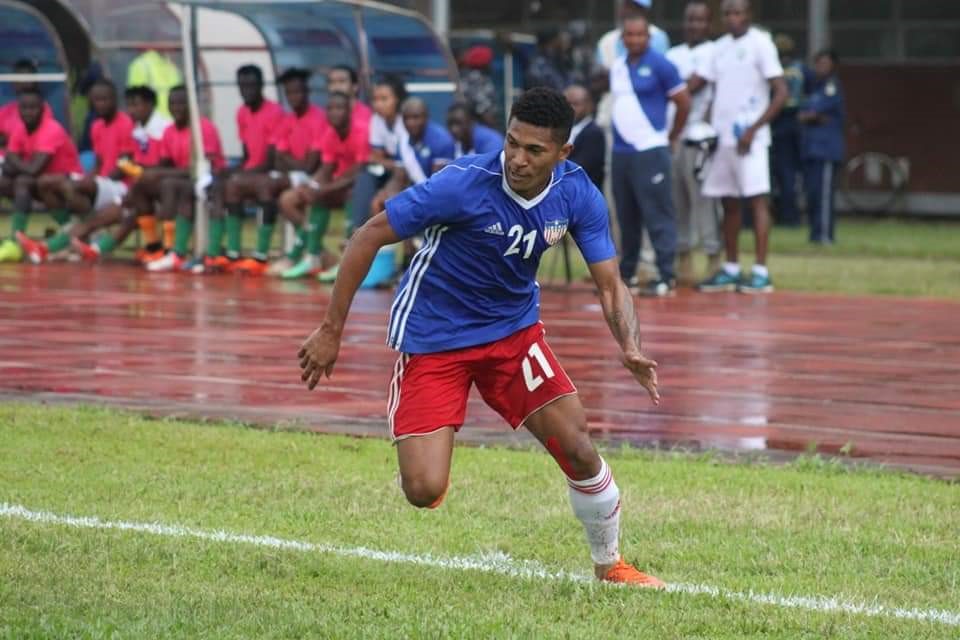 MONROVIA, Montserrado – The fortunes of Liberian international football star Terrence Tisdell has taken a dramatic turn for the worse, as his contract with the South African Baroka Football Club is set to terminate in December without him signing another.

According to South African online news, Kickoff.com, Baroka FC chairman Khurishi Mphahlele confirmed that the club is releasing the 21-year-old in December for his inability to adapt to the club’s playing pattern.

“Yes, Terrence is leaving. We are releasing him. He is not adapting,” Mphahlele said. “He is actually leaving at the end of December. He is leaving for free.”

Tisdell joined Baroka Football Club at the beginning of the 2019-20 season from the Portuguese third-tier club AD Sanjoanense on a two-year deal.

Much was expected from the former LISCR FC player, who helped eliminate the South African side Cape Town City in the CAF Confederation Cup while playing for Costa do Sol in Mozambique.

But since joining a South African squad, he has shocked fans in South Africa and Liberia by his inability to break into the Premier Soccer League, as he continues to struggle at the lower tier of the league at Baroka.

In his seven appearances for the club this season, he has neither a goal nor an assist to his credit.

With his contract set to expire, there have been many speculations about his next move.

A source who requested anonymity has, however, informed The Bush Chicken that Tisdell might be headed to the Malaysian Super League, where he was recommended by Liberia’s head coach, Peter Butler.

The former Costa do Sol forward joined a long list of Liberians stars whose time in South Africa ended after only a brief stint.

He joined the likes of Kpah Sherman who lasted only a season with then Premier Soccer League side, Black Aces; and Herron Berian who also spent only a year with the Free State Stars Football Club in 2012 after making only seven appearances. Dulee Johnson, another Liberian star, made only four appearances for Amazulu Football Club in 2012 before his exit.

The only exception, however, has been Anthony Laffor, who has created a legacy in South African football with his exceptional performances.

The former LISCR Football Club forward moved to South Africa in 2008, joining the first division side Jomo Cosmos, and establishing himself as one of the best on the team.

Since 2008, Laffor has played for three clubs, including Super Sports United and the Mamelodi Sundowns, his current employer.

Unlike Tisdell, Laffor’s legacy in South African football has already been firmly established.