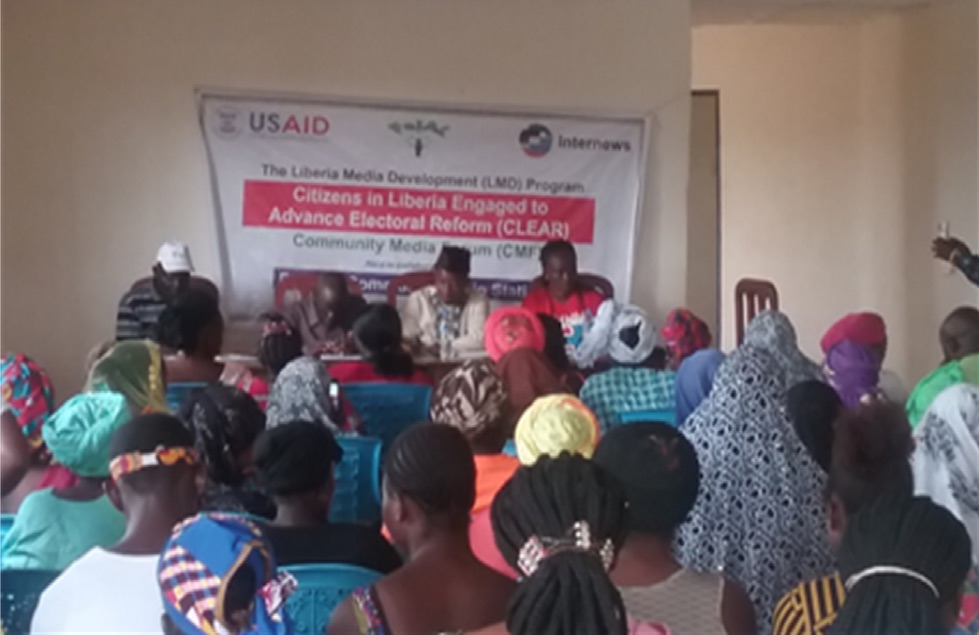 HENRY TOWN, Gbarpolu – Concurring with their colleagues across the country, citizens in Gbarpolu have recommended a change in the current electoral date and a reduction in the tenures of elected public officials.

The citizens spoke recently during two separate community media forums on electoral reform, organized by the Female Journalist Association of Liberia in partnership with local community radio stations in Gbarpolu.

Torwon Sulonteh-Brown, the forums’ lead facilitator, said the events were part of 30 community media forums on electoral reform taking place across the country as part of a USAID-funded project.

Panelists for the two forums were drawn from community-based civil society organizations, youth groups, and the National Elections Commission.

The constitution requires that voting for the president, vice president, and members of the legislature are held on the second Tuesday in October of every election year. But voters in Henry Town and Bopolu recommended that the law be changed to avoid having elections so close to the rainy season.

The former head of the disabled community in Gbarpolu, Mama Korpo, wants the date of election moved to December instead. According to her, campaigning and voting in past elections have been negatively impacted by the rain because October and the months before are the peak of the rainy season in Liberia.

“Our roads are not good. If we continue to hold elections during the rainy season, more people will not be voting,” she said.

The president of the Bopolu District Youth Accountability Forum, Rufus Clark, also recommended for elections to be held during the dry season in order to avoid logistical challenges for the National Elections Commission and candidates.

Another issue that participants attending both forums agreed on was for an amendment in the constitution to reduce the tenure of elected public officials.

The constitution sets the tenure for president and representatives to six years and nine years for senators. However, some citizens in Gbarpolu believe that the law allows leaders to be complacent and self-seeking.

A former commissioner in the county, Olu Nangba, is one of the individuals in support of the reduction in the tenure of elected officials.

“I support the cutting down of our lawmakers time in office too,” Nnangba said during the forum held in Henry Town.

Two other participants, Mary Armah and Mayanmu Tawalay, suggested that the tenure of senators be reduced to six and that of president and representatives to four years.

“Let the six years be dropped down to four years and nine years to six years. Let it be a law,” added Paramount Chief Karfa Manjoe.

An official of NEC, Paye Toekpei, welcomed the recommendations and encouraged the public to be committed in their quest for reform. Toekpei also said he hopes that the citizen’s recommendations will be captured by the legislature and included in a referendum on the constitution.

He said NEC supports the call for electoral reform because it is part of its responsibilities to make recommendations for reform after every election.

“The constitution says when the election finished, we should come back to you to tell us which one of the election laws are good or bad,” he explained.

NEC’s chairman, Jerome Korkoya, has said in the past that the commission will work with stakeholders currently leading electoral reform engagements.