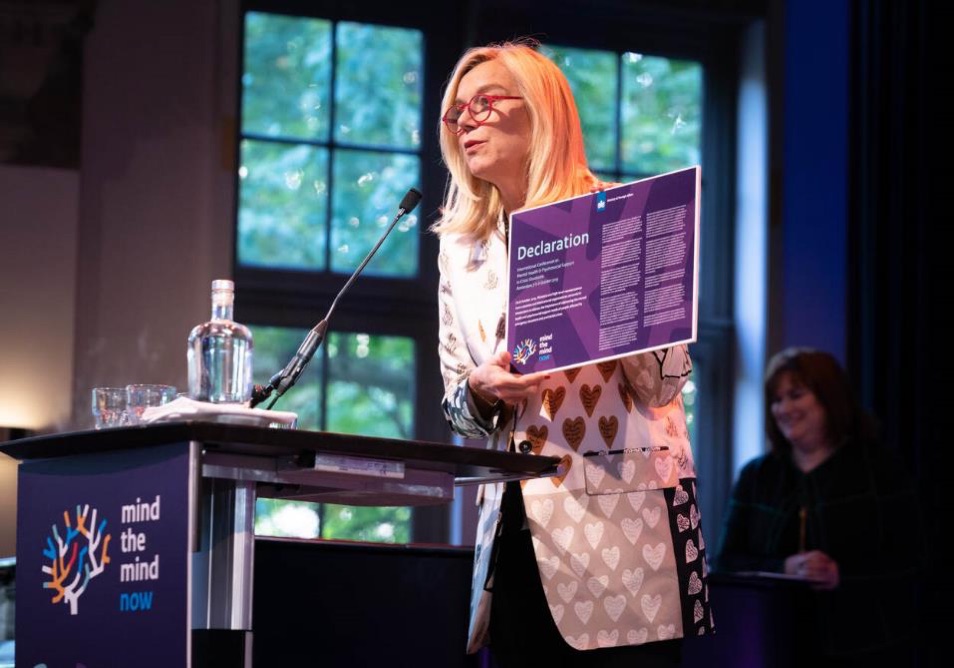 Liberia has joined 24 other countries and 10 international aid organizations to sign a declaration of commitment to include psychosocial support as a standard part of aid package in mental health crisis situations.

According to a release, the signing ceremony took place on Thursday, October 24 at a mental health conference in Amsterdam, as part of a series of summits on global mental health that the U.K. initiated in 2018. The conference was also aimed at mobilizing commitment from countries and organizations to scaling up sustainable and high-quality mental health psychosocial support during and after disasters and conflicts.

By signing the declaration, the countries and organizations agreed that mental health and psychosocial support must also become a standard part of humanitarian response in crisis situations.

In 2017, the Liberian legislature enacted a mental health law that calls for the protection and promotion of the fundamental human rights of all persons with mental illness in the country. However, implementation and enforcement have been lagging.

A mental health advocacy group had recently petitioned the legislature to ensure that the National Mental Health Policy is prioritized within the 2019-2020 budget to safeguard its implementation.

The declaration signed at the Amsterdam conference recalled the right to the highest attainable standard of health as part of the Universal Declaration of Human Rights, the Convention on the Rights of Persons with Disabilities, the World Health Organizationâ€™s Mental Health Action Plan for 2013-2030, and the inclusion of mental health and well-being in the Sustainable Development Goals.

â€œThe declaration underlined the right for everyone to enjoy the highest standard of physical and mental health,â€ the release said.

It said the participants further stressed that armed conflicts, natural disasters, and other emergencies take an immense toll on peopleâ€™s mental health and psychosocial wellbeing, pointing out the difficulty in quantifying the full range of emotional, behavioral, and psychosocial impacts of such situations on people.

These barriers, according to the press release, can be physical, attitudinal, cultural, social, structural, and financial.

â€œPersons affected with mental health illness might also be at higher risk for separation from caregivers or family members as well as targeted violence, exploitation, and abuse including sexual and gender-based violence,â€ it added.

The conference participants further agreed that affected persons and communities should be enabled to participate in the development and delivery of services for their benefits. They agreed to integrate and scale-up mental health and psychosocial support in humanitarian responses and recognize the need for evidence and innovation to accelerate responses at all levels of support.

CORRECTION: A previous version of this article said Health Minister Wilhelmina Jallah represented Liberia at the conference. It has been corrected to show that deputy health minister for administration Norwu Howard represented Liberia. Featured photo Amsterdam Conference on Mental Health