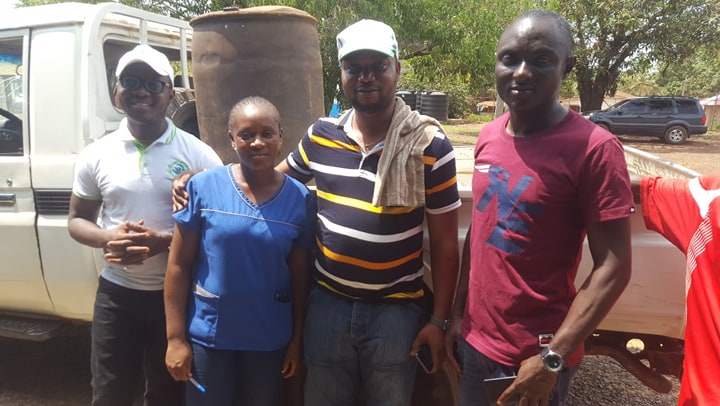 KAKATA, Margibi â€“ A local NGO has donated a drum of diesel fuel to the government-run C.H. Rennie Referral Hospital in Kakata. The Professionals for Community Empowerment and Development group said the donation came after discovering that the hospital was now rationing electricity, a practice that threatened the health of patients, especially women in labor.

James Sackie, the groupâ€™s deputy executive director, said the organization, which is comprised of professionals of varying backgrounds, is not particularly wealthy.

At the donation ceremony on March 14, the organizationâ€™s financial officer, Stephen Kollie, chimed in: â€œEven though we have not reached our zenith, we see the need to give to people in need.â€

He noted that the group had similarly donated two drums of fuel to Phebe Hospital in Bong, another facility that, like the C.H. Rennie, has been facing serious fuel shortage, even reportedly resulting in the loss of lives.

C.H. Rennieâ€™s administrator, Mulbah Saywayla, thanked the group for targeting a hospital overburdened by the influx of patients from parts of Grand Bassa, Bong, Gbarpolu, and Rural Montserrado.

While he welcomed the donation of fuel, Saywayla acknowledged it was a temporary measure and emphasized the need for the hospital to mobilize its resources to switch to solar power.

Like many public hospitals, the C.H. Rennie continues to face financial challenges as the administration says the central government has delayed in providing its budgetary allotment. Now, patients are frequently asked to fuel the hospitalâ€™s generator in order to perform surgical operations, even though the government has a stated policy of free services to the public at such facilities.

Sharing
Tags C.H. Rennie Hospital, Professionals for Community Empowerment and Development
Contributions to The Bush Chicken are not tax deductible.