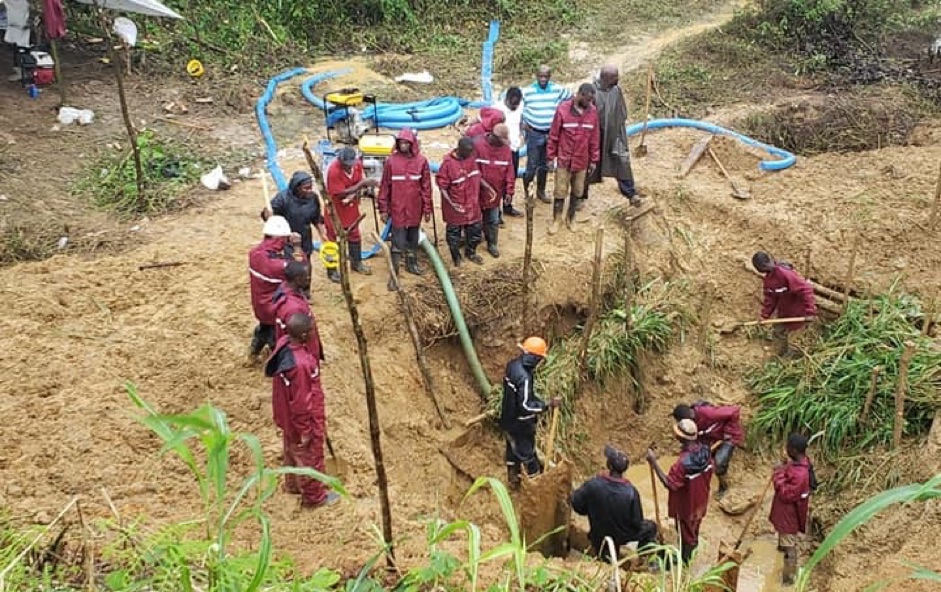 MONROVIA, Montserrado – A damage to the Liberia Water and Sewer Corporation’s 36-inch transmission pipe has led to an outage to communities in Paynesville, Johnsonville, and Sinkor that is pushing into its third week.

LWSC has issued a press statement assuring the public that it is working as hard as possible to end the outage, which began on August 7.
The utility quoted its managing director, Duannah Kamara, who said some of Liberia’ s best engineers are tirelessly working to restore the ruptured transmission line.

“With the rigorous work being done, coupled with efforts exerted, the ruptured pipe’s restoration is only a couple of days away to be repaired,” the entity said.

The current technical breakdown on the 36-inch transmission line is not the first of its kind. In February this year, another rupture was discovered. However, that disruption lasted only one week.

Although the problem on the pipe was fixed, Kamara said at the time that LWSC will need to raise US$100 million to replace the aging transmission line.

Kamara said the amount needed is large because of the distance of the pipeline, which is 20 kilometers from the White Plains Water Treatment Plant to where the pipe hits Tubman Boulevard. He also noted that the pipeline was buried 16 feet underground.

The LWSC managing director said the pipe was built in 1966 and commissioned in 1968.

“The pipe was built to only transport water to a population of 400,000 in Montserrado,” he said, noting that the region’s population is now 1.6 million.
“The increase in population has exerted enormous pressure on the pipeline.”

Because the pipeline has been used beyond its useable life, Kamara said LWSC was exploring public-private partnerships with organizations from China, Italy, and France.

Featured photo courtesy of the Liberia Water and Sewer Corporation