TUBMAN TOWN, Maryland – Swedish Ambassador Ingrid Wetterqvist is calling on parents and leaders in the southeast to work to eradicate teenage pregnancies and maternal deaths.

Addressing a forum on April 16 at the main campus of Tubman University, Wetterqvist noted that the Adolescent Sexual Reproductive Health program sponsored by her government in southeastern Liberia was making tremendous progress. The program provides increased access and utilization of sexual reproductive health and family planning information and services by adolescents.

She said the data shows that within three years, the teenage pregnancy rate in Grand Gedeh has reduced from 59 percent to 23 percent, mostly driven by Partners in Health and the United Nations Population Fund, which are working as implementing partners.

Similarly, Wetterqvist said 18 to 20 young mothers died during childbirth every year in River Gee before implementing the program. In 2020, River Gee only recorded 2 maternal deaths. So far, in 2021, there have been 0f maternal deaths reported.

“These results make it very easy for me to communicate back home to the Swedish government through the foreign minister and to our agencies because it is important,” she noted.

The Adolescent Sexual Reproductive Health program targets Maryland, River Gee, and Grand Gedeh. In the past, the ambassador said researchers found that teen pregnancies were contributing to deaths during childbirth and preventing girls from finishing school. Instead of becoming productive members of society, teenage mothers became a burden to their families and communities.

Wetterqvist called on parents in the southeast to join the Swedish government and its implementing partners to minimize teenage pregnancy and maternal deaths. She added that there should be no deaths during childbirth at a time when the world has been greatly transformed through technology.

She called on teachers, traditional leaders, and women groups to discuss these issues with the youth “because your country and the world depend on them greatly.”

Partners in Health’s Fatima Guindo, who helps run the program, also joined Wetterqvist to plead for girls’ empowerment through vocational training. She said it would make them more self-reliant and capable of competing with their male counterparts.

Meanwhile, Maryland’s county health officer, Dr. Methodious George, appreciated the Swedish ambassador for her government’s support towards his county. He pointed out that boys were as much to blame for teenage pregnancies as were the girls.

“The girl child will not sit and get pregnant without sexual intercourse,” he said. “You, the boys, convince them to engage in early sex. To you, the parents, you watch these things go on but say or do nothing. We need to take charge because foreign partners will not remain here forever.” 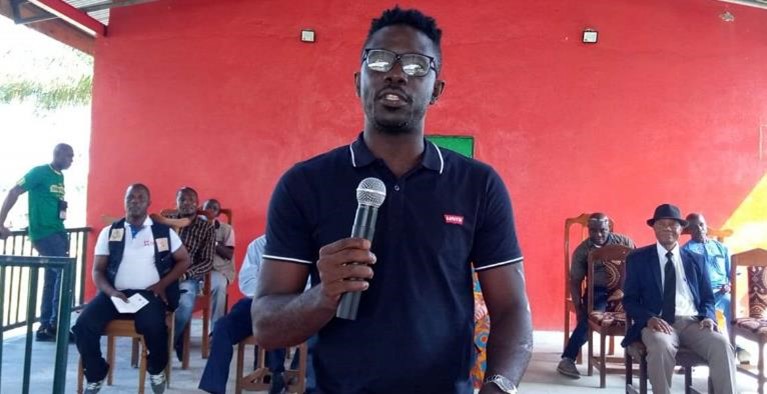 George also pledged to continue to support the program and appealed to the Swedish ambassador to extend the program to all 26 health facilities across the county.

Sharing
Tags Ingrid Wetterqvist
Contributions to The Bush Chicken are not tax deductible.