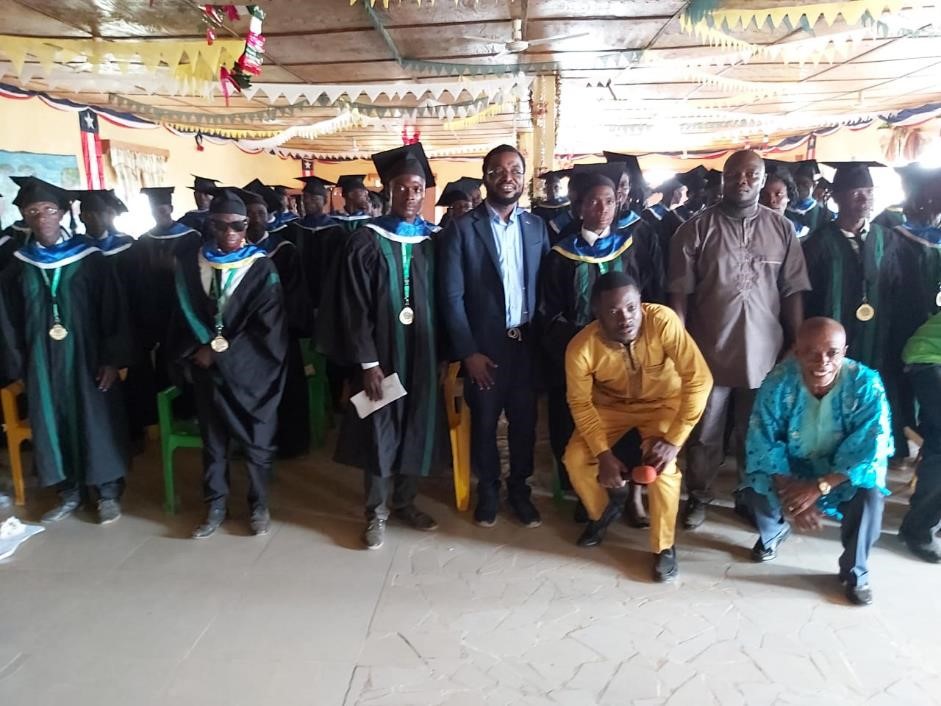 Editor’s Note: This is a sponsored article.

BARCLAYVILLE, Grand Kru – Former education minister and senatorial aspirant for Grand Kru, George Kronnisonyon Werner, has made good on his promise of L$594,000 (US$2,900) to cover tuition owed by graduated teachers of the Liberia Cooperative Standard Education School System Teachers Training College, according to a statement from the institution’s chief administrator, Joseph Wehye.

The teachers, recipients of B and C certificates from both public and private schools, graduated from the LICOSESS teaching college at a convocation ceremony held at the Barclayville City Hall, Grand Kru in February.

“Mr. Werner promised to pay the remaining arrears of all graduating teachers in the tune of over L$500,000,” Wehye said. “Mr. Werner’s gesture was the first of its kind since the institution moved to the county four years ago.”

During the ceremony, Wehye decried the performance of students from Grand Kru in public exams and called for more investment in teachers to enable them to be prepared with modern learning tools.

Wehye said Grand Kru residents often implore prominent individuals from the county to help transport academic materials from Monrovia to Grand Kru, but their requests have been repeatedly rebuffed.

“Because of Mr. Werner’s gesture to the people of Grand Kru, LICOSESS has also decided to waive the remaining graduating fees of all those who were eligible for graduation,” Wehyee announced.

“Mr. Werner further applauded the LICOSESS Teacher Training College for the innovation adopted in moving to those that need it most and promised to work with the institutions to improve other areas of the curriculum as well as provide opportunities for in-service and pre-service teachers to continually benefit from training opportunities.”

Liberia’s education system remains beset with a myriad of problems, which include over-age enrollment at the primary and early childhood levels, disparities in access and completion at the basic education levels, chronic lack of English, Math, and science teachers at the junior and high school levels, inadequately trained and inequitable distribution of teachers, amongst others. Grand Kru is one of the counties hardest plagued by these challenges.

In a brief chat, former education minister Werner said these challenges were among the reasons he has thrown his hat in the race in the upcoming senatorial election.

“I believe in human capital development, which is one of the pillars of my platform,” he said. “The quality of students can’t surpass the quality of their teachers and teachers can’t teach what they don’t know. In far-flung areas like Grand Kru, there is a need for lifelong learning centers. Grand Kru has a history of producing leaders, especially nationally. That history is eroding due to many factors. We need to restore it through concerted efforts.”

Werner furthered that the government needs proven and vetted partners, such as LICOSESS, who have been implementing the government’s approved curriculum for teacher training.

He noted, “COVID-19 has given us an opportunity to close the gaps in our educational system in much the same way Ebola made us to think outside of the box, as it were. We need trained teachers who show up to teach every day on time and are paid fairly on time and on location. This is a long-standing gap that Liberia needs to close urgently.”

Editor’s Note: This is a sponsored article.

Sharing
Tags George Werner
Contributions to The Bush Chicken are not tax deductible.