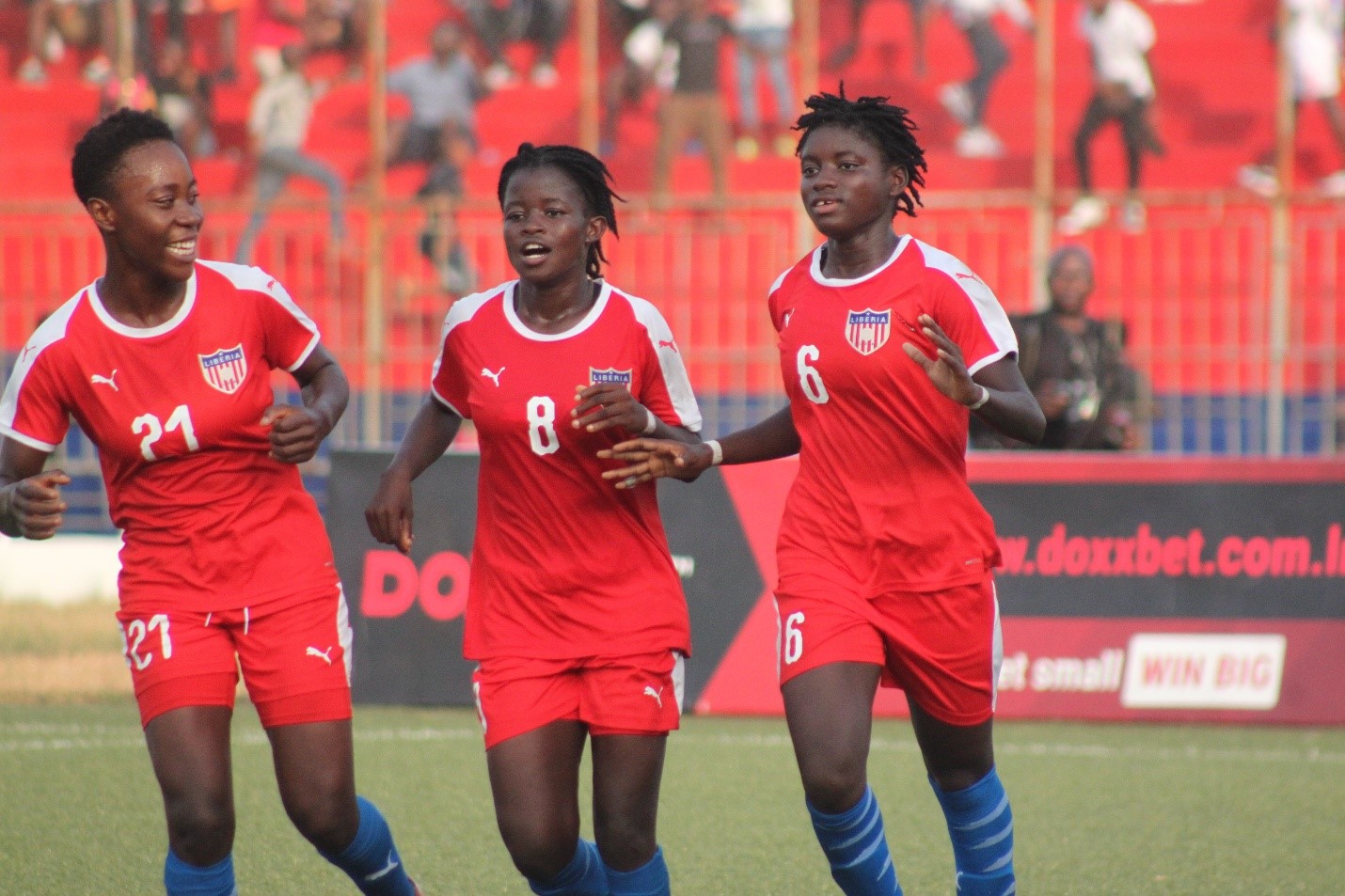 MONROVIA, Montserrado – Liberia’s U-20 female team has taken a huge step in qualifying from the preliminary round of the 2020 FIFA U20 Women’s World Cup qualifiers following a convincing 3-0 win over Guinea at the Antoinette Tubman Stadium.

A hat-trick from Blanco Football Club’s star player Agatha Nimene was enough to put Liberia in the driving seat heading into the return leg.

Despite having much of the possession, the Guineans struggled to score as Liberia made use of the chances created to have the first leg advantage. Nimene got Liberia in the lead in the 23rd minute with a goal from set-piece before adding the second and third goals from the penalty spot in the 28th and 74th minute.

The three unanswered goals gave Liberia a 3-0 lead, but head coach Robert Lartey isn’t complacent heading into the return leg. He told reporters he’s happy with the three points and the score but there’s work to be done.

“We are happy with the win but we are aware that we have a lot to do before the return leg,” Lartey said. “They lost but they put up a strong fight which troubled us and we have to work on our mistakes so that we can have a positive result in the return leg.”

Liberia and Guinea will meet in the return leg on February 1 in Conakry. If triumphant over Guinea, Liberia will face Cameroon in the first round qualifiers.