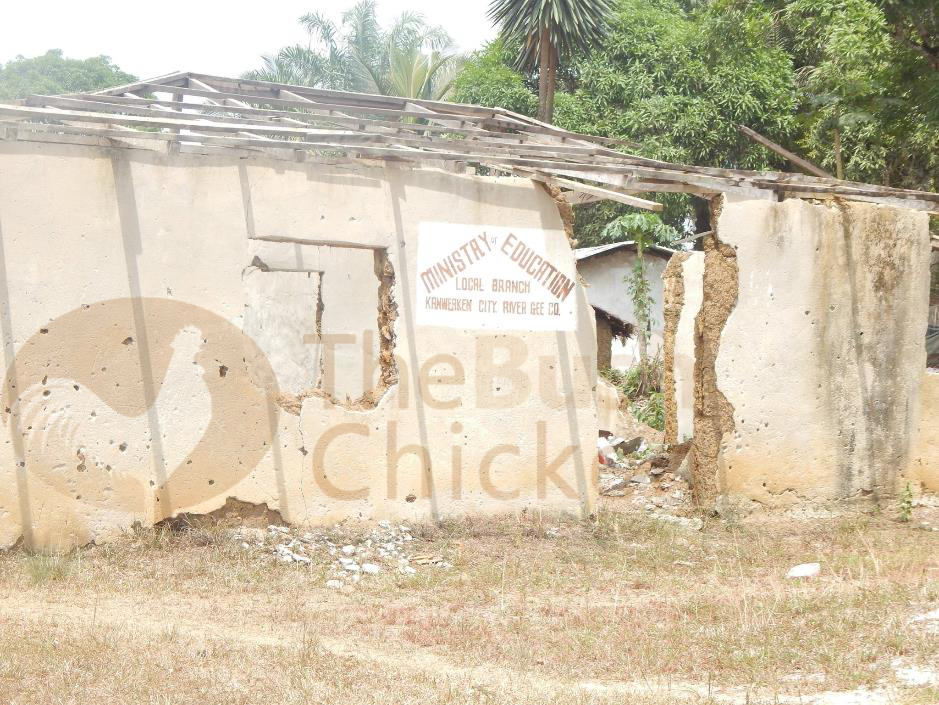 KEAWEAKEAN, River Gee â€“ The District Education Officer of Gbeapo Education District in River Gee, is calling on the government and private donors to provide support in completing his office.

Daniel D. Wesseh told The Bush Chicken that since his appointment as head of the districtâ€™s educational system, there have been lots of constraints faced, especially the lack of office space.

â€œThe problem we have in this district is the district education office,â€ Wesseh explained. â€œAs you can see, the first one got destroyed by the war. Right now, we try to do our own self-help initiative as you can see now. The building is still under construction because we are doing it gradually from taxation amongst our teachers and school administrators in the district.â€

â€œSo, we are calling on the government, our donors and other well-meaning individuals to come to our aid, so our building can be completed,â€ he said. Wesseh said the only remaining work on the building are the plastering of the walls and the ceiling construction. He said anybody could be of assistance to his office in any of the areas.

According to Wesseh, the lack of a physical office space makes it difficult to complete reports required of his office because his team does not have equipment such as computers and printers. â€œWe are still writing reports with our hands,â€ he said. Since taking over the Gbeapo Educational District, Wesseh said he has helped add junior high levels to two elementary schools. Further, he said he upgraded the staff of the only high school in the district to included teachers with better credentials.

â€œRight now, we have some teachers with BSc, AA degree, B-Certificate in our high school,â€ he noted. â€œFor the primary levels, the majority of our teachers are C-certificate holders,â€ he noted. Wesseh also said over time, he has tried as much as possible to establish and maintain a cordial working relationship with school administrators and his office staff.

â€œMy working relationship with the schools is very cordial, especially with the administrators and my office staff,â€ he said.

Gbeopo Educational District has 13 schools owned and operated by the government and five private institutions.Wesseh also said he was proud of the students in his district who were responding excellently to their lessons despite the Ebola crisis that created a setback in the countryâ€™s education sector.