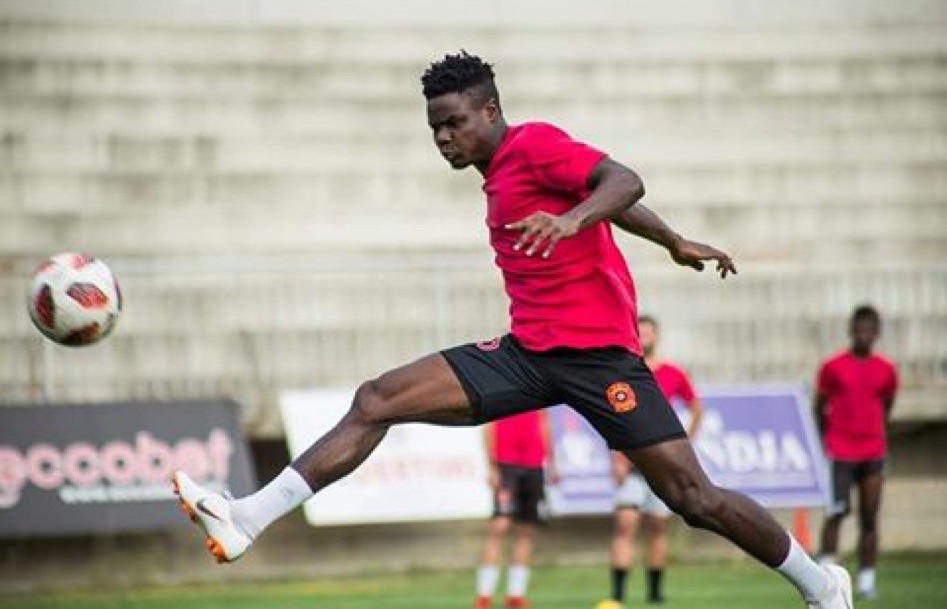 The 23-year-old striker penned a two-year deal with the club after his impressive performance during a few weeks of tryouts. Harmon joined after experiencing European football with KF Metta in Latvia and 1. Sports Club Znojmo FotbalovÃ½ Klub A.S. of the Czech Republic.

The striker had his first experience of playing in a foreign land in 2016 when he joined Senegalese club, Diambars SC on loan from Barrack Young Controllers. He returned from the loan at the end of the 2016-17 season and featured for BYC before joining Latvian club KF Metta for the remainder of the 2017-18 season. He scored five goals in 14 games to help the club escape being relegated from the topflight league before joining Znojmo SC in the Czech second-tier league.

Unlike in Latvia where he helped rescue KF Metta from being relegated, the former Liberia U-20 captain couldnâ€™t prevent Znojmo from being related to the third tier of Czech football. He registered just two goals and two assists in eight games before departing the club following their relegation. With the 23-year-old looking forward to further exploring European football, he moved to the Kosovan top flight where he will be hoping for better performance in the 2019-20 season to attract some top European clubs.