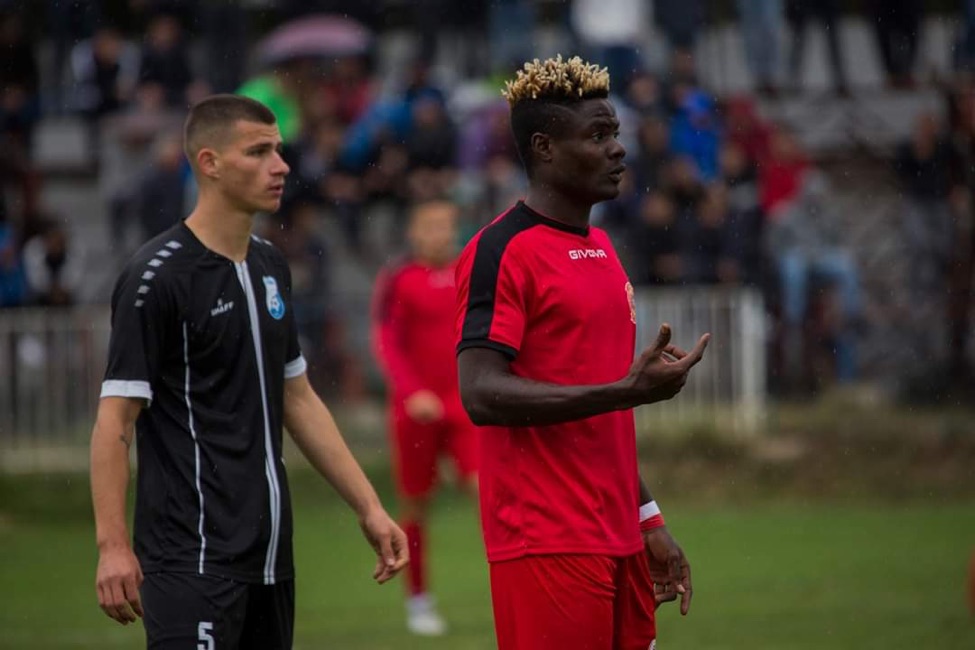 Harmonâ€™s form in the box is increasingly becoming more constant, with his fourth goal in four appearances for the club. He got his name registered once on the fourth matchday to help FK Drenica draw 2-2 away at Vushtrria.

Drenica almost grabbed its second win of the 2019-20 Kosovo Super League season with a 2-1 lead that was leveled in the 88th minute. Elshani Qemajl brought early light into the game with a sixth-minute lead for Drenica, which was canceled by De Paul in the 29th minute.

The two teams were unable to score again in the first half as they went to the dressing room with a goal apiece.

Into the second half of the game, it was Drenica that got the back of the net again to take the lead for the second time. Harmonâ€™s beautiful strike from inside the box put Drenica ahead and it appeared they were heading for their second win of the season before conceding two minutes to the end of the full 90 minutes.

The lead was eliminated by 22-year-old Albanian defender Nertil Hoxhaj, and Harmonâ€™s team was unable to register a goal again, settling for a 2-2 draw.

Winning one, drawing two, and losing two in their first five games of the league, Drenica sits 10th on the table, while Harmon is tied with Arb Manaj at the top of the scoring chart with four goals.

He netted twice on his debut to help Drenica beat KF Llapi before scoring once in a 1-1 draw with Trepca 89.