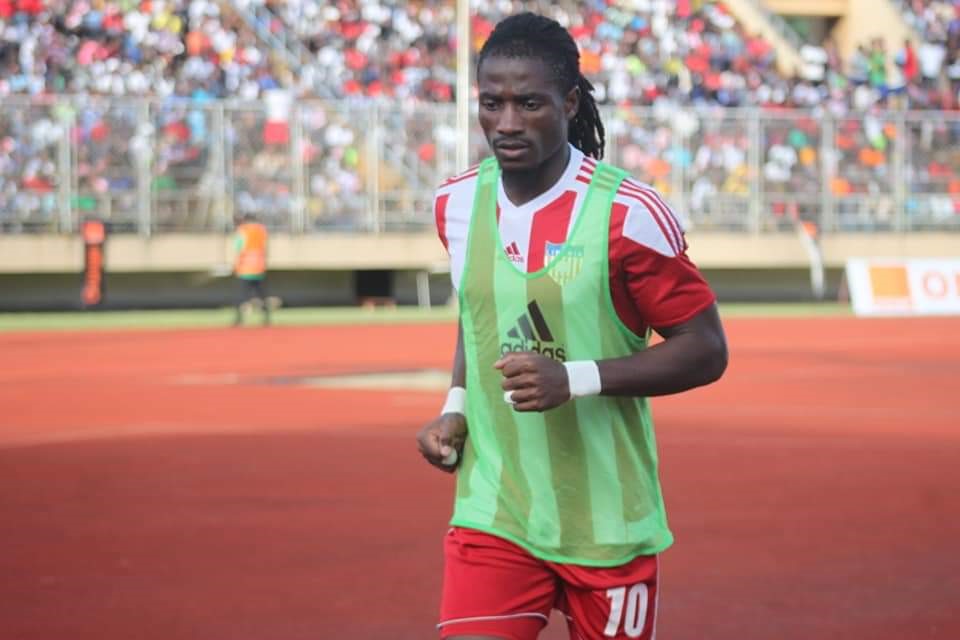 Liberian international footballer William Jebor continues to struggle, as his contract with the United Arab Emirates side Al-Fujairah has been terminated less than six months after he joined the club.

Since joining during the 2019 summer transfer window, Jebor has struggled to be effective at scoring. At Al-Fujairah, Jebor failed to score in 12 league games, in which he played an average of 55 minutes each. His only goal for the club came in the Etisalat Cup, where he made three appearances.

However, there are reports linking him with a move to Turkeyâ€™s BÃ¼yÃ¼kÅŸehir Belediye Erzurumspor in the countryâ€™s second tier. According to online media outlet Ajansspor, the 27-year-old striker has agreed with the club and he’s set to pen a two-and-a-half-year deal.

Since the 2016-17 season when Jebor helped Wydad Casablanca lift the Moroccan Botola Pro and finished as the top scorer, he’s been unable to replicate his scoring form at the club level. During the 2017 summer transfer window, he joined Saudi club Al-Nasr but saw his time in Saudi Arabia cut short due to a lack of goals.

He returned to Wydad in 2018 and signed a three-year deal during the 2018 summer transfer window but soon fell out with the clubâ€™s technical bench, making life hard for him as he was being left out of many matches despite being match fit. Jebor made just 13 appearances for Wydad and scored three goals.

Before the end of the season, he announced he would depart the club with two years still remaining on his contract. Jebor left Wydad and signed with Al-Fujairah as a free agent with the hopes of regaining his form. However, his struggle for goals continued with his contract being terminated just after five months.

Sharing
Tags William Jebor
Contributions to The Bush Chicken are not tax deductible.