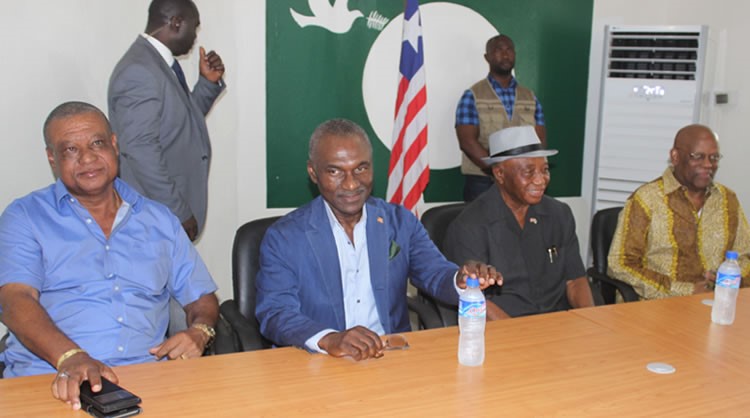 I was blessed to be in Liberia in October and November 2017, after the first round of the 2017 elections and while claims of fraud were being considered at the Supreme Court. I wrote an opinion in this paper hailing the late Charles Brumskine and three other presidential candidates for taking their contention to the courts.

My observation then, and now, which I had not shared publicly but feel obligated to do now was that the opposition block in Liberia failed themselves and the Liberian people. The collaborating political parties in the Supreme Court case in 2017 missed a key opportunity in Liberia’s history and it seems that they have not learned from their mistake.

Firstly, let me debunk the myth that President George Weah is the president of the majority of Liberians. That is far from the truth. The numbers do not lie. In the first round of voting in Liberia on October 10, 2017 1,641,922 (or 75.2 percent of registered voters) Liberians voted to elect the next president. President Weah received 596,037 votes (or 38.4 percent of votes cast). Put simply, in the first round of elections some 1,045,885 (or 61.6 percent) Liberians who voted did not think that George Weah was equipped to be president, so they voted for other candidates. Let us break the numbers down further. If we take only the votes that Unity Party’s Joseph Boakai (446,716) and Liberty Party’s Brumskine (149,495) won in the first round that would have been 174 more votes than what Weah received.

In the end, Weah won with just over 274,000 votes. There is no doubt that the Prince Johnson factor contributed to the winning margin for Weah. However, if we take Brumskine’s total from the first round of 149,495, Alexander Cummings of 112,067, and Benoni Urey of 24,246, that adds up to 285,808 votes. That is more than the 274,606 that Weah won by. Furthermore, if we accept that the Prince Johnson factor brought his total of 127,666 votes from the first round to Weah, then, added to the 596,037 votes that Weah won in the first round the total will be 723,703 votes. That means that only 8,482 votes of Weah’s second-round total came from other sources. This clearly means that Weah did not win over many Liberians that were not already a part of his base.

I said earlier that the numbers give us two key reasons why Weah is our minority president. First, the egos of the four men who worked together to make the case to the Supreme Court prevented them from rallying around Vice President Joseph Boakai with their support from the first round. If all things were constant, Boakai would have received 732,524 votes in the second round; 339 more votes than Weah’s total. That is a very low probability in real life. However, I believe that if the likes of Cummings and Brumskine had been forceful in their support and campaign for Boakai in the second round, they could have brought a lot more votes to the former vice president than he ended up getting. Let us not forget that Liberia is a much-polarized country with each voting block extremely faithful to their political strongmen, meaning that an unequivocal call for their supporters to follow them towards Vice President Boakai could have meant a different outcome.

The second key reason for Liberia’s minority president has to do with the 423,798 Liberians who did not vote in the second round. There is no doubt that some of that number might have gone to Weah. However, if we accept the premise about the polarisation of Liberians, it would be safe to speculate that each of those not voting in the second round voted for other candidates that were not in the second round and so they felt uninspired to vote again. The issue of voters being trucked across the country to vote in some legislative districts that they could not get back to for the second round was also a factor. However, having those extra votes involved would have possibly provided another outcome. The fact is that we will never know if things could have been different if the four parties were united in the second round of the 2017 elections. The numbers suggest so. As such, as December 8, 2020 looms, the CPP must unite behind specific candidates and ensure that their message is clear and focused on the record of this government. Do not let your egos undermine the opportunity to rescue Liberia.