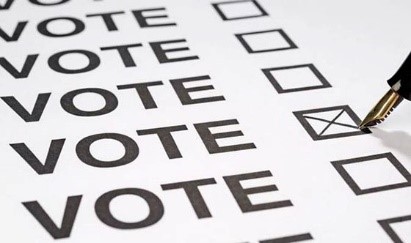 In a previous opinion article I wrote, I focused my attention on what opposition political parties must do to try and alter the direction that Liberia is taking right now. As a Liberian, I am concerned about the state of our nation.

I said a few months ago that the removal of Supreme Court Justice Ja’neh was inappropriate and it seems that the ECOWAS Court agrees with that notion. I have spoken about the mismanagement of our limited resources and suggested that austerity be considered, with major government employees seeing their salaries and benefits reduced significantly to raise funds for developmental programs to help bring our people out of poverty. That is why I am vested in the December 8 senatorial elections in Liberia.

A lot of Liberians at home and abroad are fascinated by U.S. politics – I am no exception. I believe that it is fitting that we have just witnessed what many, myself included, are calling a moment for individual Americans to be proud of. It is not because they voted for former Vice President Joe Biden over President Donald Trump. But because, as U.S. historian Jon Meacham recently said, until people understand and choose for themselves, strongmen and corrupt leaders will continue to win elections and mismanage countries.

Speaking to a lot of Americans during the campaign for the elections, they all seemed very individualistic in their assessment of what was at stake in this election and why they needed to vote for what is good for them. The turnout was the highest in the U.S. for 50 years, which exemplified the point that Meacham made.

Similarly, it is time for individual Liberians to put their needs and expectations above party politics and vote for candidates that can shift the trajectory of our country.

Liberians, according to historians, are capable of understanding and thinking for themselves. According to mostly oral history, while President Samuel Doe spent a lot of money during the presidential campaign of 1985, most Liberians voted for other candidates because they felt that they would bring the change that President Doe had failed to bring in the five years that he had been in power by the date of the elections.

We also have examples in the 2014 and 2019 senatorial elections in Montserrado where Liberians voted for candidates that did not have the backing of the ruling party, clearly demonstrating that they do understand and can choose for themselves. In order for this government to begin to take the Liberian people seriously, Liberians need to vote for individuals who can, even if they are from the ruling party, stand up for the people that elected them and not for the interest of their party. It has to be Liberia first and not party first.

The issue of trucking voters to counties by senatorial candidates seeking election or re-election is a difficult issue for me to talk about. First, asking poor Liberians to boycott the trucking scheme that usually entails financial incentives for them is difficult and unfair for me to ask. I am blessed to be in a position of opportunity that most of my fellow Liberians are not in. It is one of the reasons that drives my attempts to influence a few to make the right decisions for our country. Second, it is difficult because of the financial incentives attached to being asked to go and register in another county to vote for the candidate that paid for you to travel there. However, there is a way around it all. There is a way of taking the money and traveling to that county and still making a choice that is based on your individual expectations and hope. Simply take the money, travel to the county, promise the patron of your travel that you will vote for them, and once you are in the secret room to cast your ballot, vote for the person in that race that you believe will serve your interest best.

This election could return the same senators that have been supporting this government’s failures so far. That is not a problem at all. However, if it is as a result of Liberians choosing for themselves that would be useful. However, I believe that if each Liberian registered to vote on December 8, 2020 assesses their individual situation and vote for candidates that they believe will work for them and in the interest of Liberia, we will get a new crop of senators after the votes are counted. This is a pivotal election in our country. It is an opportunity for individual Liberians to try and understand what is at stake in Liberia and how it could be mitigated. It is only then that they will cast their votes for the right candidates.