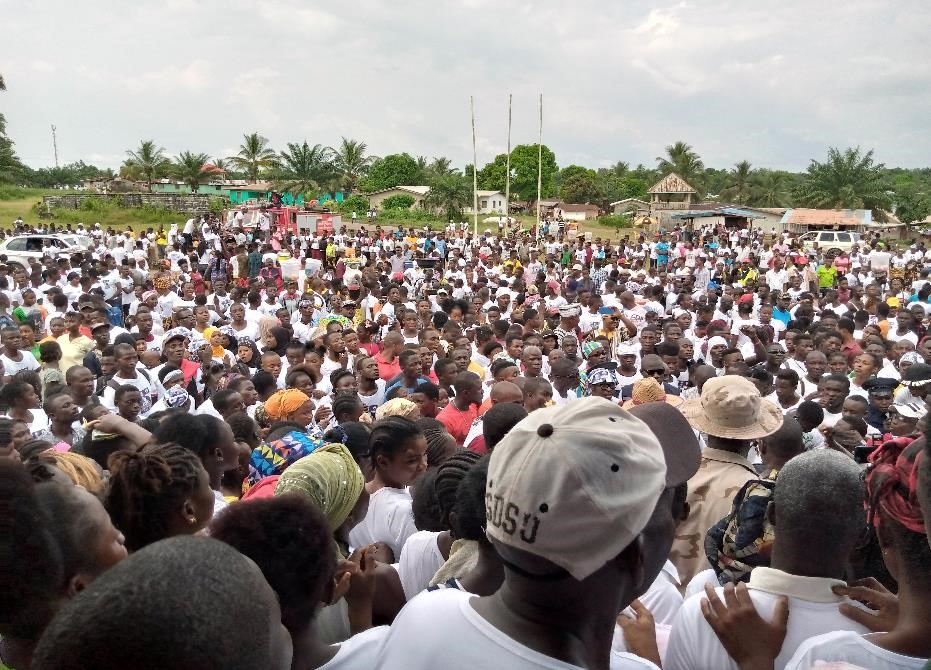 Like the campaign launch of the former foreign affairs minister Gbehzohngar Findley, Willie’s program began with a parade from Monrovia Junction in Buchanan to the Unification Pavilion.

At the November 30 rally, Willie thanked the people of Grand Bassa for showing up, noting that it was an indication that they needed a change in leadership.

“We did not say vote us first, we have started doing those things – you have seen them. We have come to say vote us and we will not make you shame – we will continue the good work.”

Willie, an independent candidate, pitched himself as an underdog in an election dominated by the ruling Coalition for Democratic Change’s Findley and Liberty Party’s Nyonblee Karnga-Lawrence. Grand Bassa is considered the stronghold of Liberty Party.

Despite the odds, Rep. Willie says his team is involved in “smart spending.” “Our money goes to projects, our money will not go to things that will not better the lives of the Bassonians,” he added. “Our money, we will use it for the growth and development of Grand Bassa County.”

He promised tangible developments for the county if elected: “We are rehabilitating farm to market roads, building bridges, and providing scholarships to deserving students.”

“Vote for Bassa, vote for the future of your children. I am asking you to vote for me as Senator of Grand Bassa County for more developments.”

Willie is one of the four independent candidates amongst the eight senatorial candidates contesting in the county. He has called on the citizens to elect him as the next Senator of Grand Bassa County.

Speaking on what he has done, Willie said when he was elected in 2017 as Rep of Grand Bassa Fourth District, he rehabilitated the road connecting the Liberian Agricultural Company to Wayzohn city and several other farm-to-market roads, provided over 200 bundles of zinc, cement, and constructed the Gbaynee Town bridge along with the management of LAC.

Willie said he is currently running an adult literacy school in Wayzohn city, providing scholarships to students at the high school and university levels as well as rehabilitating and constructing handpumps across the county.

Eddie Karngar, an elder of district one thanked Representative Willie for his developmental initiative and asked the people of Grand Bassa County to make an informed decision comes December 8.

Sharing
Tags Vincent Willie
Contributions to The Bush Chicken are not tax deductible.