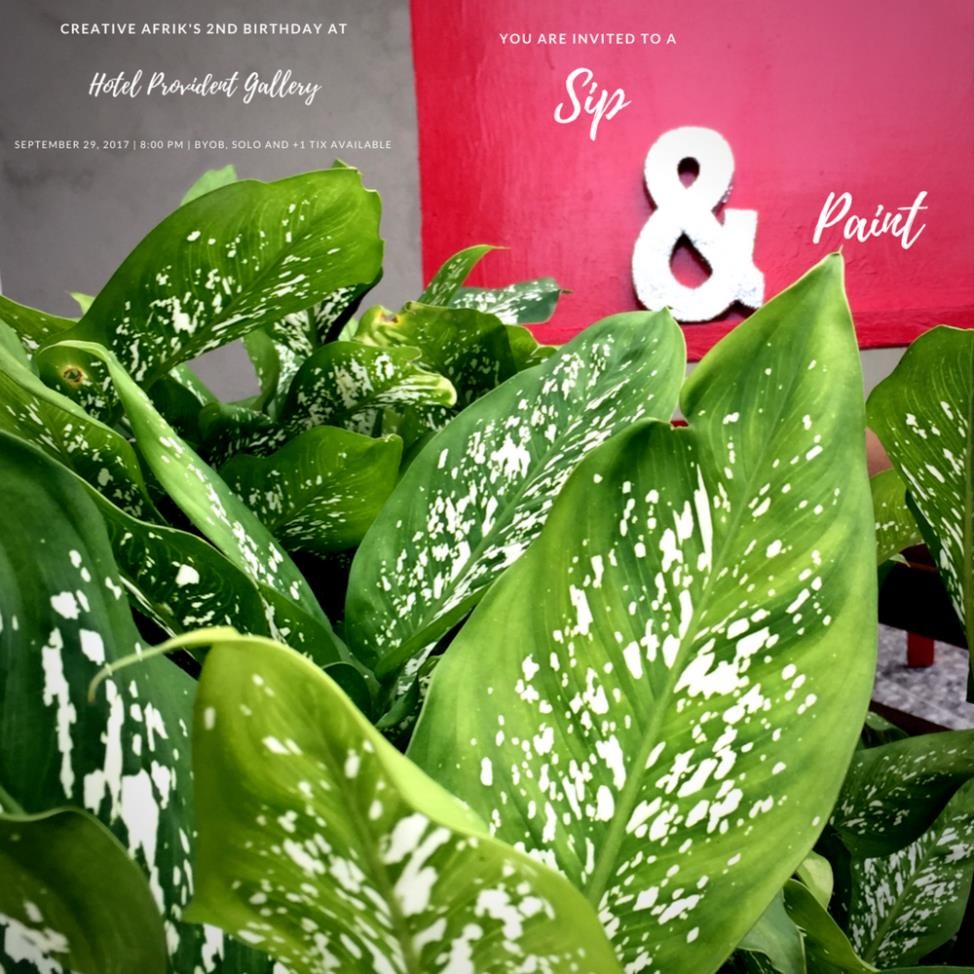 MONROVIA, Montserrado â€“ Creative Afrik, an art agency in Monrovia, will be commemorating its second anniversary this Friday with a â€˜Sip & Paintâ€™ event at the Hotel Provident Gallery in Sinkor.

The agency connects creative professionals to each other and profitable opportunities, through collaboration and exhibitions. The space is intended to be a one-stop-shop for professionals in artistic and creative works to display and market their ideas.

In a city that lacks a diversity of recreational and nightlife activities, Nykita Diggs, the agencyâ€™s curator and founder, told The Bush Chicken in an interview on Tuesday that â€œdiversity is the most important part of this event.â€

â€œThe sip and paint is a really a very chill way to start your Friday night or to end your week, if you will,â€ Diggs said.

The event is not the first of its kind in Liberia â€“ Peace CafÃ© has been known to host at least one Sip and Paint event in the past â€“ however, it is an addition to the variety of events Creative Afrik has been introducing to the Liberian market. On July 26, for example, the outfit held a midnight brunch, which consisted of a live band, food and drinks, and a film viewing and discussion. Diggs said this Sip and Paint event will have participants involved in a fun artistic painting class with one of Liberiaâ€™s most celebrated artist, Fato Wheremongar. Wheremongar is also the founder of Child Arts Liberia, an institution providing artistic learning for children in the country.

The Hotel Provident Gallery currently partners with Child Arts to provide arts education for children between the ages of six and ten on Saturday mornings.

In addition to the art class, she said, an acoustic set of music will also be provided by Afrik Co, a local live band.

The tickets for the event is US$30 each and can be purchased in advance at Hotel Provident or at the door. The ten spots will be sold on a first come, first served basis.

Opening at 8:00 p.m., Diggs said the two-hour event is also meant to provide a unique option for residents of Monrovia for a place to spend their time.

As a musician with a love for the arts in general, she said Creative Afrik has given her the opportunity to continue to do the things she loves, especially the music band.

â€œI am excited that this is being a hub for creative people to be able to meet each other, to be able to sell their works,â€ she noted.