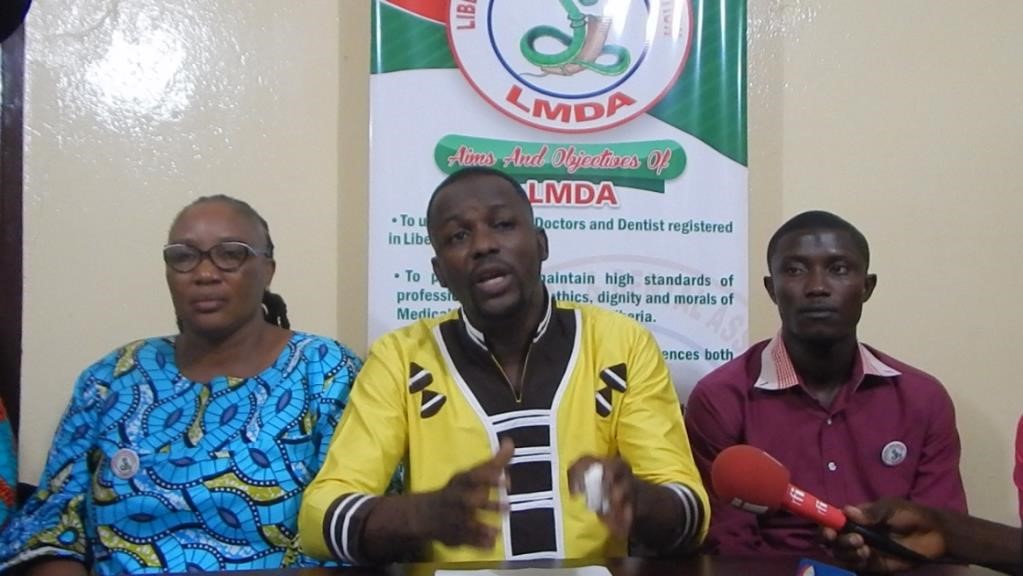 MONROVIA, Montserrado â€“ On Tuesday, May 15, several protesting doctors from across the country converged at a building that hosts both the Liberia Medical Dental Council and the Liberia Medical and Dental Association to discuss whether to continue an ongoing strike over unpaid salaries.

Both organizations had already jointly announced a 72-hour ultimatum to the government to pay over three monthsâ€™ salaries and incentives for 40 interning doctors.

They had also demanded the reinstatement of 46 doctors whose names they say were mistakenly deleted from the payroll as ghost workers in a payroll cleansing exercise. The ultimatum began on Thursday, May 10, the doctors announced.

Prior to the doctorsâ€™ meeting, visits by The Bush Chicken to the John F. Kennedy Medical Center and Redemption Hospital observed that the strike had paralyzed normal working.

The outpatient departments at both hospitals were closed, which is normally not the case. But Amara M. Kamara, JFKâ€™s public relations officer, insisted that the hospital was not affected by the doctorsâ€™ protest and that â€œthe hospitalâ€™s doctors are on duty.â€

However, Kamara did not provide any detail on the number of the doctors employed by the JFK Medical Center, although he said the protesting doctors were employed directly by the Health Ministry and not by the autonomous hospital.

At 11 a.m., the protesting doctors gathered at their conference hall and after an hour, according to one medical doctor who spoke the basis of anonymity said a consensus was earlier reached to continue the protest.

Some of the protesting doctors were seen wearing t-shirts emblazoned with inscriptions such as â€œDoctor are Life Savers.â€

The doctors then met with government officials, including Rep. Saah Joseph of Montserradoâ€™s 13th district, who chairs the House Committee on Health. Health Minister Wilhelmina Jallah was also present at the three-hour meeting, which resulted in an agreement between the doctors and the government. Jallah told journalists that the doctorsâ€™ issues were genuine but noted that the George Weah government had inherited problems from the past administration. She said government officials had listened to the protesting doctors and agreed to comply with the deadlines they set.

â€œThe doctors are an important part of the health system in the country,â€ she said, pledging to work with the Finance Ministry to ensure that the doctorsâ€™ concerns are addressed. â€œThe issue of ghost names has been sorted out.â€

The health minister expressed optimism that the doctors would return to work within 48 hours, especially since requirements such as salary increments needed to be placed in the 2018/2019 budget, which would only be effective in July.

Dr. Jonathan Hart, the secretary general of the Liberia Medical and Dental Association, read a statement on behalf of the two groups detailing the terms of the agreement between the government and the doctors.

The doctors agreed to suspend their strike beginning on May 16 and reserved the right to reinstate the strike if the government did not accomplish the following:

24 mins ago by Ida Reeves