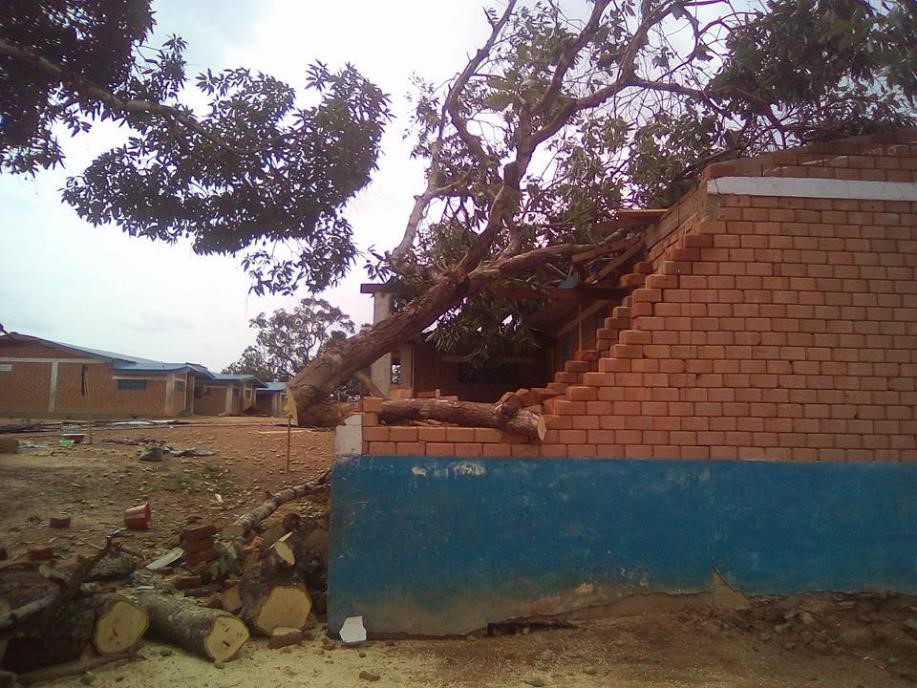 WEALA, Margibi â€“ A heavy rainstorm has caused substantial damage to several structures in Camp Three on the Salala Rubber Corporation plantation and at villages on the outskirts of the Margibi plantation.

At least six persons were severely wounded as a result of flying debris from the rainstorm. Three of the victims have been discharged from the plantationâ€™s health center while the three others need to undergo further medical attention.

The heavy rainstorm also deroofed the three elementary schools operated by the plantation, keeping more than 200 kids out of school on Monday. However, Cyrus Johnny of the plantationâ€™s Education Department expressed optimism that students will resume classes soon, after a minor repair on the structures.

Nearly all buildings in Camp Three on the plantation saw their roofs violently removed. Speaking in an interview with reporters, the plantationâ€™s general camp master, Lester Sulonteh, said the rainstorm left over 50 houses significantly damaged, affecting about 75 households.

â€œActually, this is the first time to have experienced such a disaster in the plantation of the company,â€ Sulonteh said.

At the nearby affected town of Ansa-ta, Town Chief Johnson David told reporters that at about 4:00 p.m. last Saturday, residents started experiencing a heavy rainstorm, leading to building roofs flying away.

â€œWe slept in the open areas of the town as there was nowhere for us to go due to the heavy downpour of rain and a heavy storm that removed the roofs of almost every building in the town last evening,â€ the local chief noted.

The clan chief of Denieta Clan, Matthew David, also said residents in his area had to sleep drenched, as the heavy downpour of rain damaged several buildings. David said over 18 houses were damaged as a result of the storm.

â€œAll of our properties, including our personal belongings, got spoiled, thus leaving us with nothing now,â€ he added.

The affected households are calling for assistance from donors as they try to recover their lost personal belongings.

Margibi has often borne the brunt of many storms in the past, especially during the rainy season. With less than a month to the rainy season, the latest disaster comes as a serious warning to residents of the county.

Last yearâ€™s rainy season saw the flooding of the Roberts International Airport highway as well as the displacement of more than 1,000 residents of communities in Kakata, including Dennisville, Miss Moore, Benla, Matiala, and Bassa community.