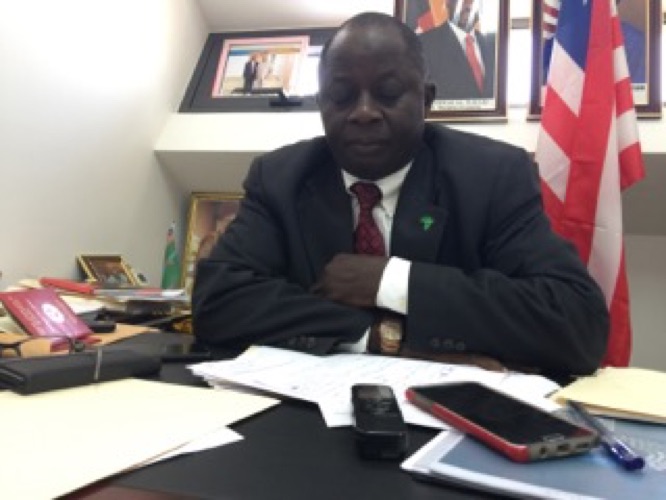 FOYA, Lofa â€“ Representative Francis Nyumalin of Lofaâ€™s first district in the 54th legislature has denied a claim that he is attempting to rename a legacy project of his predecessor, the late Eugene Fallah Kpaka.

A former representative candidate in the districtâ€™s 2017 by-election, William Saah Tamba, claimed that Nyumalin is working to change the name of the Eugene Fallah Kpaka Memorial Clinic. The clinic was constructed in the town of Bayama as a joint legislative support project of Kpaka and the countyâ€™s two senators, George Tengbeh and Steve Zargo.

According to Tamba, the clinic was named in honor of the fallen representative in consultation with the two senators. However, he said the districtâ€™s current lawmaker is attempting to have it renamed as the â€˜Bayama Community Clinicâ€™ in order to kill the legacy of his predecessor.

â€œThe reason why the lawmaker is doing this is because he knows the late representative used to be the strongest icon in the district and was considered the most popular politician in the district, especially where he could not win elections in his presence,â€ Tamba said.

He called on Nyumalin to instead undertake projects of his own so that he can decide what name it should carry.

Both Senators Tengbeh and Zargo confirmed to The Bush Chicken that they, along with the fallen lawmaker, agreed to name the clinic after him while he was still alive. 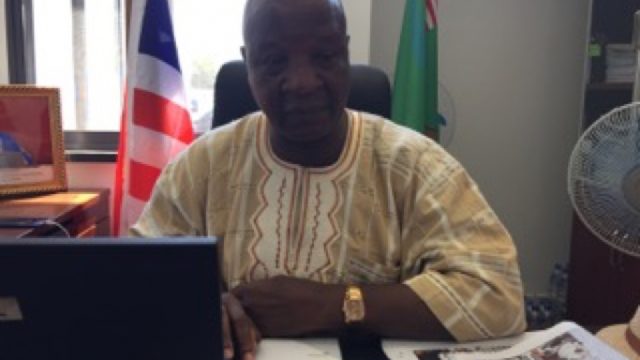 Tengbeh said after Kpaka died, he joined Zargo to complete the project and named it in Kpakaâ€™s honor in recognition of the former lawmakerâ€™s contributions to the district and county.

â€œBecause he was the main contributor and to remember his legacy, we decided to name the facility in his honor â€“ the Eugene Fallah Kpaka Memorial Health Center,â€ Tengbeh said.

He also accused the current lawmaker of pushing for the renaming of the project but vowed to make sure that would not happen.

For his part, Zargo said he hopes news reaching him that Nyumalin wants to change the name of the health center is untrue.

â€œI donâ€™t think any member of the local county caucus, considering the role that the late Fallah Kpaka played, will ever think that kind of thought,â€ he said.

â€œWe just helped â€“ bulk of it was done by the late honorable. For representative Nymalin that I know, I donâ€™t think he will want to do this.â€

Other Lofa officials also confirmed that there is a push by Nyumalin to change the health facilityâ€™s name, including Foya District superintendent, Clarence Sandie.

When contacted, Nyumalin acknowledged the effort and support his predecessor gave to the construction of the clinic. However, he said the facility was never officially named in Kpakaâ€™s honor as it was not completed yet by the time of his death.

â€œI do know that the Makona River organization, a cross-border organization that includes border communities of Guinea, Sierra Leone, and Liberia, constructed a guest house and named it in honor of the late representative. But I donâ€™t know any health facility named in his honor,â€ he said.

â€œOn his sick bed, he pressurized the contractor along with [the Liberia Agency for Community Empowerment]. The project was completed, but dedicated during my time.â€

Nyumalin also noted that the people of Bayama, who had made available the land on which the clinic was constructed, were the ones who communicated to the Ministry of Health asking for the clinic to be named after their community. The government has signed an agreement with the Catholic Church to take over the management and operations of the health facility.

Samuel Boimah, the secretary to the office of the mayor of Foya, however, disputed the lawmakerâ€™s claim that citizens of Bayama were the ones who originated the request to rename the clinic. He said comments attributing the renaming of the facility to the people of Bayama were false and misleading.

Nyumalin said he had also requested an additional 10 acres of land from the community for future expansion of the clinic.

â€œThe health facility is so strategically located that it could be run as a hospital tomorrow and so some expansion will need to be done,â€ he said.

Liberia does not appear to have laws that govern the process of naming of facilities built with public funds, although the president recently signed a law to name certain roads and bridges within the country, including renaming Somalia Drive to be the Japan Freeway.